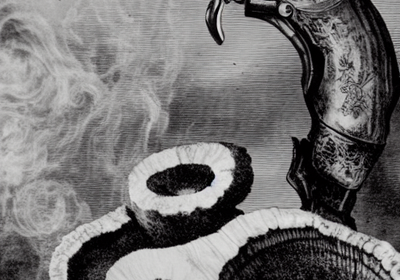 enny foraged in the refrigerator snatching chocolate cake and Yoo-hoo, placing it on the counter, and pecking at it hunched over like a vulture, while ignoring her mother sitting at the kitchen island. It was lockdown Wednesday in the school district and all three of the kids looked forward to the shooter drills with muted excitement. Jenny wore her neon bull’s-eye t-shirt. Todd went full head-to-toe camo with green, black, and tan paint streaked across his face and neck. Ben dressed as a smaller version of Todd, but his camo outfit and face paint reflected the Hello Kitty tones of pink, magenta and grey.

“This is the first time freshman get to compete for the role of crazed shooter.” Todd poked the toaster with a steak knife. His strawberry strudel disintegrated deep in the innards of the toaster and refused to come out. “I can’t wait to hunt down and shoot Missy bull’s-eye here.” He pointed at Jenny with his knife dripping strawberry ooze.

Marge chose not to comment on Jenny’s breakfast choices, repeating her mantra, “Pick your battles.” The mantra had been imposed on her by her husband who constantly scolded her for picking fights with the kids. Marge calmly told Jenny she didn’t agree with her fashion choices. “I think it sends the wrong message.”

“Why do you hate me so much?” Jenny hissed.

“It just looks like you’re asking for it,” Marge said.

“What’s the big deal Marge? No one else cares if their kids wear bull’s-eyes to school,” Jenny said.

Which battles to pick? It didn’t matter whether she chose to fight or walk away, she felt deeply wounded whenever she talked to her teenagers. “Watch your tone.”

Jenny made a snarky face and stuck her tongue at Marge.

Codi, Jenny’s best friend, appeared out of nowhere and made a peanut butter and marshmallow sandwich for her breakfast. Marge suspected she was secretly living in their basement but anytime she broached the subject with Jenny, it led to a huge screaming match, which ended with her husband telling Marge to pick her battles.

“Todd, look at this.” Codi peeled open her coat to reveal a purple Kevlar vest with a nervously painted bull’s-eye in black and white. “Isn’t this cool?” She didn’t want to get overheated with all the running and screaming so she chose not to wear a shirt. Jenny and Todd agreed that she was a genius.

Bulletproof vests had become mandatory school dress code ever since Ms. Willow the English teacher mistook a surprise lockdown drill for real. In self-defense she had to shoot two cops and three students. The “accidental” shooting of Mr. Deener, the shop teacher, was still under investigation. Some believed the bullet in Mr. Deener’s butt was personal having more to do with an illicit affair gone bad than self-defense.

“Todd, Jenny’s going to do my makeup. Should I put a bullet hole in my neck or forehead,” Codi giggled.

Marge couldn’t tell if Codi had a crush on Todd or Jenny or both.

“Why decide? Why not both?” Marge said.

“Great idea, Mom,” Codi said. Codi was the only one to call the Gundersons Mom and Dad even though she wasn’t related.

“Yeah, great,” she called after the girls as they rushed off. The only time anyone took Marge seriously was when she was joking. She decided to pick her battles and not say anything.

Marge continued digging something out of the barrel of a Hello Kitty BB gun with a fork. “Were you trying to shoot gummy bears?” She said to Ben, her six-year-old. “How sweet.”

“Don’t you think the world would be a happier place if guns shot gummy bears instead of bullets?”

The boys groaned and rolled their eyes. She expected that from the older one, but Ben? Marge had thought there was still time before Ben deemed her stupid and meaningless.

Ben screamed, “Marrrrggge. Todd’s teasing me again.” He buried his face in Marge’s lap and sobbed. Marge petted his long uncombed hair and absorbed all the affection she could from the only child who still needed her.

Marge gave Todd a serious cut-it-out look. In an overly loud voice she said, “We have worked very hard to help Ben understand that there is nothing wrong with boys loving Hello Kitty.”

The girls returned to the kitchen to show off Jenny’s copper bullet earrings and their makeup. Jenny sported a red circle blended with black on her temple with the red bleeding down her face and neck. The girls said it was the latest style.

“Look Mrs. Gunderson,” Codi revealed a shaved spot in her sandy blonde hair. Marge gagged at the festering red and black wound. The hair surrounding the make-believe wound was mangled with green goo. “We decided to make a third bullet hole. Everybody at school is going to be jealous.” Codi gave Jenny a groping hug. “Thanks Jen.”

“Is the makeup necessary?” Marge said, deciding half way through her question that this wasn’t a battle worth fighting. Marge grabbed a toaster pastry and dunked it in her coffee.

Ben scooted next to Todd at the kitchen island hugging his Hello Kitty BB gun and slurped his rocky road yogurt topped with jimmies. They paged through Gun Life squealing at all the flashy colors and cool features of the new AK-47 models.

“We need to make it as realistic as possible, Marge. Otherwise the kids won’t take safety seriously.” Jenny’s habit of calling her Marge mixed with her stop-talking-to-me-you-stupid-idiot tone left Marge gasping for air. Her laid-back husband insisted she not take it personally. ‘They’re teenagers,’ he’d say as if that were a panacea. She couldn’t help but feel the shrapnel of every sharp word embedded in her skin, gut, chest, foot. She ached all over.

“In my day,” Todd mocked his mother using a shaky granny voice, “school was a safe place except for all those dinosaurs stomping around and eating the slow ones.”

“I’m concerned these drills will traumatize you kids,” Marge said.

“Haven’t you ever heard ‘What doesn’t kill, maim, or emotionally cripple us makes us stronger?’” Todd said.

“Yeah, Mom. Don’t you want us to be strong?” Codie physically inserted herself into the middle of the conversation.

“You don’t get it, Marge. Trauma is the new black.” Jenny spoke with the drama of a beat poet. “Trauma creates the high notes in the dull drudgery of life. Trauma is life!”

“In my day, we never had metal detectors, lockdown drills, or fear,” Todd spoke in his shaky granny voice. “We had to walk to school in twenty feet of snow without shoes, pants, or bras in the middle of the summer.”

“OMG. What about sound effects?” Jenny grabbed Cody’s arm. They glared into each other’s eyes, sharing the same thought.

“No, Marge.” Jenny rolled her eyes.

“Rapid machine gun fire…” Codi said and then Jenny finished her thought, “with our screaming dubbed over the gun noise . . .” Codi finished their thought, now holding both of Jenny’s arms, “recorded on our phones.” They jumped up and down with excitement.

Marge choked out the words “Do you really think . . .” and then loudly blurted, “that’s a good idea?” Marge strained to keep a neutral expression for fear of being ostracized for her out-of-touchness.

Jenny only heard part of Marge’s question and squeezed her with enthusiastic warmth. “Thanks for the praise, Marge.”

Realizing she’d lost this battle, Marge relaxed and sopped up the insincere affection.

“That’s stupid,” Todd said. “You’ll be screaming your heads off running away from me as the fake shooter.”

Jenny flicked Marge away. “You’re stupid,” she said to Todd. “What if we’ve been shot? We won’t be able to scream then.”

Codi draped her arm around Jenny’s shoulders. “Yea, what if we’re dead?”

Ben chewed the heads off three gummy bears sticking out of barrel of the BB gun.

“Oh, that makes a lot of sense.” Todd mocked the girls letting his vowels drop deep into his throat. “If you’re dead, how can you push the play button?”

“We won’t be dead, because you’ll never be picked to play the role of crazed shooter.” Jenny said.

Codi stuck her tongue at Todd.

Ron Gunderson came limping down the stairs. He’d injured his big toe during a handgun safety check. He insisted they needed a gun to keep the family safe. Marge’s cat was collateral damage in that whole fiasco but dare Marge mention one more time that Ron should have checked the gun for bullets - that according to Ron was fighting words.

“Why do you always pick a fight with the kids before school?” Ron said to Marge. “Why can’t we eat breakfast in peace?”

They all laughed at her.

Ron shook his head. “You need to choose your battles, honey.”

Ron exchanged a look with the kids that signaled everyone should shut up and let Marge think she was right.

“How is you toe feeling, honey?” Marge said.

Ron’s half lidded eyes and pursed lips was his way of saying he didn’t appreciate her passive aggressive comment.

Todd looked at his cell phone. “Sweet. The cafeteria is serving liver, cauliflower brains, and ketchup for lunch.”

“I love their lockdown cupcakes,” Codi said. “They make ‘em with raspberry sauce bleeding from a candy bullet puncturing the flesh colored icing.”

Ron gave the kids another look, which meant that it was time to leave for school. They collected their backpacks and headed for the door.

Marge gave Jenny, Todd, and Ben a bear hug. Codi weaseled her way into the middle of the pack. Marge buried her nose into Ben’s hair and instructed them to be safe.

Jenny wrestled away from her mother’s suffocating arms. “God Marge, you act like it’s a big deal if I never come home.”

“It’s just a fact of life, Marge,” Todd said. “One or all three of us will be gunned down at school one of these days,”

Codi raised her finger indicating that she wanted to be included in the body count.

“It’s the price we pay for a free education. So, chill. It’s no big deal,” Todd said.

“Yeah, this is America where we have the freedom to live and die as we choose,” Jenny said.

“I plan on dying in the process of living, not locked up in your paranoid schizophrenic boredom capsule.” Todd kissed his mother on the cheek. “Ron, tell Marge to strap on her Beretta Nano and go out and live a little.”

“Yeah Marge, you can’t keep us boarded up in this boring ‘safe’ house for the rest of our lives,” Jenny said. “Safe. Like that’s a real thing. Doh is it even a word?” 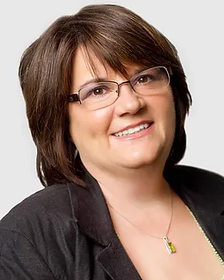 Tori Bond is the author of Familyism (Matter Press 2019), a collection of flash fiction. Her work has appeared in McSweeney's Internet Tendency, Monkeybicycle, Atticus Review, Flash Fiction Funny anthology, and others. She holds an MFA in Creative Writing from Rosemont College and studied comedy writing at The Second City.