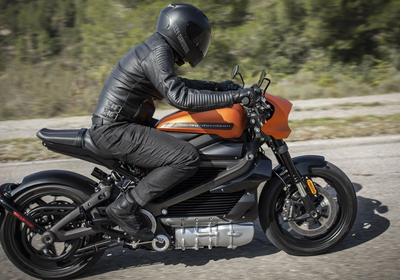 y friend enjoys things without writing about them. I find this fascinating. Not that I live my life to write about it—I don’t—but it’s baffling to me how my friend is able to just let events go. For him they simply disappear. Poof. He remembers them, but that’s it. No diary or journal entry, no poem or essay. Nothing. Just a few memories that rarely rise to the surface.

I’m not suggesting my way is better. By all accounts, my friend seems happy enough. Happier than I am in fact. His by-all-appearances-positive attitude is enviable.

He’s married. In his sixties. Has two grown kids. He’s retired now and financially secure. He and his wife travel: Japan, the Dordogne, Mexico, Ireland. He loves his cat. Goes fishing. Crabbing. Rides his bike to the pub . . . He writes about none of it.

Perhaps he’s enlightened. Or perhaps he just doesn’t enjoy writing. Maybe I’m too attached to this world. Maybe I’m trying too hard to slow it down as it slips quickly out from under me. I admire his lack of anxiety. His lack of urgency. He doesn’t write a single thing! He does crossword puzzles for god’s sakes! And he does them calmly, as if it isn’t a supreme waste of time.

I’m afraid that when I’m in my sixties all I’ll be doing is writing. Frantically writing. Sitting in a chair somewhere, desperately taking notes on what I see out the window, cataloguing as many memories as possible: the dogwood leaves turning orange, a rain just beginning, the neighbor who moved into the apartment across the street after Kevin left, the circumstances of Kevin’s leaving, someone else named Kevin taking his place. I’ll end up like Henry Darger, alone in a room somewhere, madly documenting the instances where the weatherman got the weather wrong, even if only by a degree or two.

What weird narcissism is this? That stares out and records data on the brick buildings, the gray sky, the workers removing the telephone pole where the little girl named Naima used to live:

“Like the Coltrane song,” I said when I met them, but the parents didn’t know the reference. “She’s not named after the song?”

“Of course we like the name, she’s our daughter!”

That was several months ago. They haven’t spoken to me since, other than to smile and turn away, which I suppose says a lot.

Wrought iron rails wrap around my friend’s front balcony, geraniums spill down in brilliant platitudes. By fall they’re wasted, neglected for weeks, mostly dead, brown and leggy, hanging over the gutters in the cold evening air. None of this bothers him.

I love my friend. I confess, I’m weirdly jealous. He is living a literal life, simple and direct, whereas I can’t escape the metaphors. I see myself in everything, in everything some part of me (usually my mortality). Every instance is both that instance and the symbolic representation of other instances.

At the pub we talk about the paintings . . . I could talk about them for hours, but he says only, “I liked them. They were nice.” He is more interested in the beer, the mirror hanging over the bar, and the young couple arguing at a small table in the corner. All of which he’ll forget, and I will write down in a notebook tomorrow. For whom? For what? I’ve no idea.

On Happiness; Query for a Non-fiction Book

I’m writing a book on happiness. It will be a very short book. Or a very long book (I have the ordinary talent of being able to go on forever), and full of lies. The first line will be “This book is full of lies.” Or perhaps that will be the title: On Happiness; A Book of Lies. Subtitles very much remain in these days. They are perpetually trending. I think because no one has the confidence to simply title their book. We’re too self-conscious, too unwilling to stick our necks out. Which reminds me, why do all the headshots of literary agents look as if they’re real estate agents? All of you look like a bunch of clay busts who wouldn’t know the first thing about great literature, or even good literature, mere literature. What the hell are you trying to “represent” anyway? Maybe you should just sell houses … but I digress.

My book On Happiness; A Book of Lies will be short, or long, and full of lies. The sun will, however, figure greatly, but not too much of it. And nature in its most bucolic and pastoral guise. The way Raphael imagined it. Nature of the Renaissance. None of this Ikkyu baloney (“nature’s a killer I won’t sing to it”). None of these hurricanes and droughts, floods, etc. Those are not elements of happiness but of emptiness. And no moon. The moon doesn’t belong in a book on happiness. Even one full of lies.

It will be a funny book, but not sarcastic. Everyone will die. A wholesome comedic thread will run through the book. Something like the anodyne comedians of the 1950s, or Jim Gaffigan. Dumb jokes will abound. But funny jokes. Nothing like Jim Gaffigan (unless you think he’s funny). I will punctuate each chapter with a joke that summarizes in a pithy way the concepts laid out in that chapter. Something like (at the end of the chapter on alcoholic parents for instance) “my father drank so much scotch when I was a kid that I thought hopscotch was a cruel imitation of my drunk dad stumbling home from the bar.”

Perhaps that’s too dark. The jokes in my happiness book will be much lighter. There will be a butterfly in every punch line. And hummingbirds and flowers. “What did the butterfly say to the hummingbird? I’m not a flower, please take that thing out of my asphodel!”

In my book On Happiness, the jokes will be better than that.

In my book On Happiness, all the Harley Davidsons will be electric. All the literary agents will look like Paul Verlaine just before he shot Rimbaud. It will only rain when you’re in the mood for it, and when you have a window to look through. And you can be as fat as you want in your forties and no one will notice or care. There will be no exercise in my book. Or stretching. There will be no need for “self-care.” In fact, carelessness will abound! More of this Ikkyu baloney (“sin like a madman until you can’t do anything else”).

In fact, that will be the gist of my book, its condensed milk, its deer dung squeezed diamond-like straight out the rump: the world’s full of lies, no one cares, it will all be over soon, so be fucking happy.

Please let me know if you or your agency would be interested in representing such a project.

portrait of Bianca Maria Sforza hangs in the atrium at one of the local art museums. Most people walk past it without stopping to look. It’s unexceptional, or rather, exceptional only for the sad, sour look on the sitter’s face. The painting is merely “art,” as in, “we need to get some art for this atrium.” It could be anything. And it is.

Because of this, it’s one of my favorite paintings in the entire museum.

The museum is within walking distance from my apartment. I stop there whenever something new is showing, a few times a year. It’s a small museum, and unfortunately one that’s become increasingly, debilitatingly self-conscious. One that suffers from acute evaluation anxiety. Why have so many museums become so enormously worried about how they will appear to the public? Are our politics right? Are we offending anyone? Rather than a curator with a clear vision of what they want to show their patrons, these curators have no vision, and try instead to guess at what the public might want to see. To guess at what the portion of the public that doesn’t even like art wants to see. It’s a kind of feckless display of flaccid vision, and results in a weird pablum of safe messaging and mediocrity: art that seems to be valued only on whether it conforms to whatever is currently the bumper sticker slogan du jour.

The portrait of Bianca Maria Sforza is, by contrast, an afterthought. It is thoughtless, nearly unintentional. It’s mere decoration. Less an objet d’art than an object to fill a space. They just needed something on the wall. It could’ve been a plant, or a coat rack. I love it!

I’ve come to appreciate this type of accidental, thoughtless display. It’s far better than what passes these days as thoughtful intention, certainly when that thoughtful intention is meant only to cater to a public that has no sense of art, no faith in art, in fact despises art, and thinks art should have the role only of reinforcing certain cliché sociopolitical and moral values and very little (if anything) else.