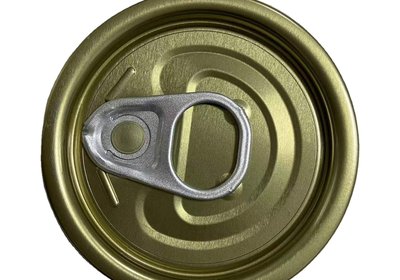 Attached to the living room in the first place I called home
was a playroom where I could be found between meals
while my mother did things around the house. Robots,
cars, robots my dad could turn into cars, he-men
gnashing their teeth would come alive in a world
that existed between my right and left hands.

I would disappear into that space for hours. My dad
would come home, lower himself to the floor. He’d smile,
“Who's this then? Is he a good one?” I’d answer,
but my eyes stayed fixed on that hermetic world that flew
through the room at the end of my outstretched arms.
Nothing else to do, he’d take up a toy and join in

as I do now with my son. All this time all I want
is for him to look at me. It’s not that he doesn’t. Only
that every glance is like a beautiful world opening,
I come alive. We’re playing with this chair that sings
about shapes in Japanese and English. He’s enraptured.
I sit here drained, flagging but working to stay with him.

Then a song about circles
begins to play and my boy
walks into my arms and takes
me in his. He stands here
for a few seconds, a long time
in his world, holding me as I hold him.

My dad died two months ago. I wasn’t there. I live
on the other side of the world now. But near the end
I would call most nights—mornings for him—and we could talk
for a time before the phones we held opened another distance.

Anything outside of that world in front of him was a blur.
“How’s your breakfast then? Any good?” When I ran out
of sense for him he’d say, “Well . . .” and I’d say, “Okay. Talk
to you tomorrow.” And that was it. Day after day until it wasn’t.

Just a few minutes
over a few weeks,
but it’s all still happening
in my world.

The other night while making marinara I cut out a bite-sized
wedge of my fingertip. In a blink the tomato-can lid
jumped unstuck and froze again in me. I stanched
the cut with a paper towel and paced the kitchen, praying
I might avoid the hospital. I bled for hours, but not gushing.
The dime-sized flap of flesh stayed put if I was careful.

Four days later and my wife laughs, “You stare at it too much.”
Amazing, my body quietly sealing and fixing me. I can feel there,
a little, mostly pain. Hues of blood are fading and the edge
is smoothing over. My wife still cringes. Blood makes her faint.
Our two-year-old, though scared at first, now begs to touch it.
“Be gentle,” I say, “it can still bleed.” He says it’s a little slice of grapefruit.

Six years ago I left a marriage that from its start was an accident
of avoidances. She and I were more afraid of being alone than growing
to hate one another for not being what we needed. Our love became
our hate and we nursed it. By the end the only thing we felt
for each other was pain. The only way we knew we were there was
to hurt one another. We’d cry, embrace, heal to do it again.

Two a.m. one winter night drunk and walking alone to that cold home
I crossed a bridge and stopped for a moment and considered jumping
into the black river below. Just a breath or two this thought lasted,
but it was not some whim or invasion. It was promising and terrifying.
The next day I started looking at apartments. For some reason
she begged me to stay. For some reason it hurt so much more to go.

Now I look back at that me and wonder, Who was that? We’re lucky
our former selves can’t answer for the crimes we remember.
What they might say would be worse than the memories.
Those moments you’re standing there, waiting in some line or another
and your mind wanders into a you who didn’t even know
he was a monster. Inside we’re always bleeding.

Soon I will feel my son’s touch again. My wife will find something else
about me that makes her laugh. The pain I caused will fade.
Maybe a scar will still mark my haste, some dead part
that can’t be touched. A thin crease might be all that shows
of the wound still there, unnoticed unless I touch it just—
Then it whispers a sudden chill, telling me to care. 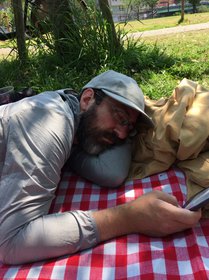 Steven Breyak is an American poet who lives with his wife and son in Osaka, Japan, where he teaches English.