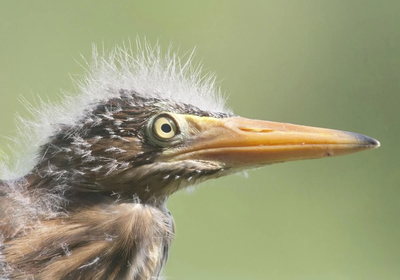 From “Prayers in the Evacuation Garden”

Forgive me, but
I play with words

When I learned
Your blessed name

I teetered on the edge
Of an obscenity

“Holy cock,” you see
Is what came to mind

But “No such thing
As a holy cock”

Even the Bible notes
Spirit, not flesh,

The encyclopedia harrumphs
At me, pinches my cheekiness

And lectures that your name
Goes back to an early saint

Derived from Middle English
“Holi”—so what’s with my cheek?

Nothing or all is sacred to me—
I am a poet, thus, remind you

of these flowers’ mythology: crusaders
Brought them to Europe from

The “Holy Land” where they
Grew in abundance. Yet another

As it turns out, the myth is false
But it says everything about Humanity

Including how mere rhyme surfaces
A lie, simply for immediate gratification

Kindness, And Its Ease

The sunflowers look
naked. We did not choose
them, these “volunteer”
plants that rose amidst
a modest corn field
we planted to experiment.
But the corn was uprooted
to prepare for a new year,
leaving sunflowers tall under
a summer moon’s spotlight
and missing their skirts.
The sand-colored corn
husks were rough, not lace,
velvet, linen or cashmere.
But they sufficed to
distract from their skinny,
bowed legs. Now, they
must depend on their faces,
tanned to leather from
looking straight at the sun
and still discernible despite
their yellow bonnets.
“But we’re not roses,
zinnias or hollyhocks.
We’re not lovely.”
Such silliness, I sigh.
I won’t lie—I do not care
for sunflowers. But,
today, they shall grace
a spectacular crystal vase.

You hosted a baby heron that ate its sibling
But, still, I admired you from the distance
of standing beneath your flowers—

I did not know you grew poison
until this cold morning when I fell to my knees
beating this ground, hardened by drought

unlike the other side of the planet
where land remains damp from water
which, recent science proves, retains memory

Stunned, I learned even the smallest fragment
from your thin petals can send my dogs
to join you, Kerima Lorena Tariman

killed by the Armed Forces’ 79th Infantry
Battalion in Silay City, Negros Occidental
on August 20, 2021—the evening before

the 38th anniversary of the assassination
of Benigno Aquino, Jr., sparking other People’s
Revolutions around the world. I hammered

A flower’s biological function is to facilitate
reproduction through pollination, causing
its ovary to develop into fruit containing seeds

Then I smelled the blood we share, its
conflicted rust lifting me to stand and look back
at you, a shrub as charismatic and amoral

as too many politicians—but you are not the only
creature hardy enough to survive being hacked
down, leveled to unfamiliar ground

Kerima’s flower shall be generous with seeds
blossoming to grow a Homeland no longer
Imaginary, no longer abstracted by corruption

We are a people as hardy as you and, soon
our Motherland shall be watered by other
sources than the veins of sacrificed poets 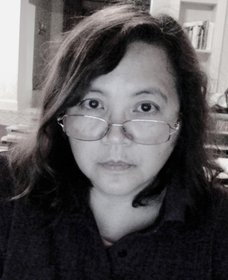