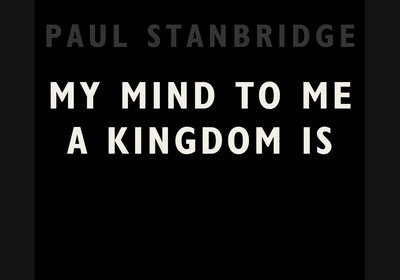 From My Mind to Me a Kingdom Is

t was at a particularly difficult period of my life, one which I continue to find myself unable to look at directly, that I first began to develop an interest in the toponymy of the North Sea. A previous piece of work had involved my going through as many of the early maps featuring the British Isles as I could find, from the second century Ptolemaic, through the mappae mundi of the Middle Ages, to those of Caxton and his contemporaries in the Renaissance, and further, into the Enlightenment, the time of the great instruments, when the land mass, I noted, like a developing child in the womb begins to assume a shape with which we are familiar, one recognisably our own. What I was then pursuing, I cannot remember. But certainly, at that time, I was interested in what, to our thinking, is there: the land. It was only later, when that great shock befell me, that I first began to conceive of a greater attraction to the waters between.

Day by day, I downloaded more and more maps of the North Sea, and very soon was struck by an impression that we humans cannot refrain from naming things, that everything that is—and even isn’t—must eventually accrue a denotative tag, even the shifting waters and unguessable floor of the ocean, as those mysterious names of the regions of the North Sea attest: Dogger Bank, Farn Deeps, Utsira High, Revet, Broad Fourteens, Devil’s Hole, and so on. Nothing, I understood, was beyond the limitless power of words to name it: not the unseeable ground; not the shapeless water which, continually mingling and separating, is only ever itself in a single moment; not even the infinite extension of blank space above us—so like an ocean—and, within it, those great concentrations of gravity at the centre of which light is held still and time is said to stop, or not yet to have begun.

From a simple starting point, an innocent budding of the intellect, there may ensue a dogged, all-consuming undertaking which depletes the body, overstrains the senses and destroys the mind.

I can clearly recall the moment at which this interest in the names of the North Sea began. I was quickly scrolling through my library of images of historic maps—I believe it had to have been quickly, or else the effect would never have occurred—and as I did so the borderline of land and water as it made this sea on each map hopped and lurched in shape from one image to the next as if the sea were a living creature under the force of some paroxysm emerging from within itself. The name of this expanse of water, though, remained the same: there was a solidity—and a comfort in that solidity—to the wide-spaced placement of one letter after another across each blue expanse: NORTH SEA. The name, it is true, mutated in shape, position and size from one map to another, but still the sea was so much the North Sea that the words required no reading. But solidity, and comfort in solidity, is only understood when it is under threat of being taken away. Thus the ground was prepared for an aberration: on one of the maps the sea was denominated GERMAN OCEAN. It leapt off the screen in a shocking act of defamiliarisation. My initial assumption, that the conflict of the First World War must be responsible for the renaming—one, moreover, presented thus in the slender research into the matter—was quickly disproved by the most cursory glance at these maps’ dates of production, the ‘North Sea’ being the denomination, I noted, on at least two mid-nineteenth-century maps.

And so it was that I began to collect these maps in earnest, and to look into their ways with names, to seek a story or a sense to the movement of time, which must be the same thing. I interrogated my database as if it were an ancient text which promised to disclose the greatest mysteries of the world, and returned to the maps, moving back step by step. Back I went, from Ernst Debes in 1876, through Bartholomew’s Times maps of the 1860s, through the maps of Stielers, Petermann, Berghaus, back through Teesdale and maps made for Mitchell’s School and Family Geography series, both in 1840, through Gilbert’s in 1838 and Thomas Moule’s the year before. Back I went, through John Cary’s attractive presentation of 1811, through an anonymous map produced to commemorate the Franco-Russian treaties made at Tilsit in 1807, back through a 1749 Anglicised copy of Homann’s Nuremberg production, whose representation of Britain and Ireland, with part of Holland, Flanders and France, it was pleased to describe as being ‘agreeable to modern history’. Even in Thomas Bowles’ plagiarised 1732 version of Herman Boll’s original that expanse of water was denominated ‘The British or North Sea’ a full 150 years earlier than the academics describe the shift taking place. It was only upon reaching Robert Morden’s maps of the first decades of the eighteenth century, published in Camden’s Britannia, that the name change became observable. Morden’s 1695 map designates it ‘Germanicus Oceanus’, while his 1722 map carries the legend ‘The English or German Ocean’.Ten years later Bowles calls it ‘The British or North Sea’, and we arrive at the present habit for naming that watery mass.

Had I been capable of observing myself more clearly at that time, I might perhaps have found it reasonable to clear away all these maps, close the many dozens of tabs in my browser, shut my notebooks, to cease generating and turning over and through vast quantities of data as if they were those waters themselves. In fact, it would be true to say that within only a few hours I had gathered enough information to make a persuasive case, against the untenable argument of the academics, that it was the Hanoverian accession of 1714 rather than the war of two centuries later that was the cause of this alteration. Why, if I had my answer, then, did this task preoccupy me for many months further? This general truth—that the renaming of the North Sea was a grad- ual process tentatively initiated in reaction to the politics of the early eighteenth century—was not enough. It was not enough because it did not satisfy. I pursued this new interest as if I were a plant and it were the sun: relentlessly, somatically, and under the force of a desire which swept every other consideration into irrelevance. And so how could something so impoverished as an answer cause me to cease this undertaking? It could not.

Even as I worked, I knew that I drew further back from my aim—whatever that might have been. I extended and deepened my database of antique maps, read every article I could find on Anglo-German relations in the eighteenth and nineteenth centuries, studied the long cartographic tradition linking Britain and Germany, phoned leading researchers in maritime history at universities and research institutions all round the world, and yet the true and inner meaning behind this toponymic shift from ‘German Ocean’ to ‘North Sea’ drew further and further back from my view. It is only now that I can observe myself at that time and understand that the answer I was looking for, far from being the initial and particular spark of this alteration, was in fact the very recession of sense though these layers of information away from my comprehension. I had made of myself an engine of distraction.

When night came, I put away my work, ate a little if I remembered, and then took myself to bed, where I would lie down and surge through the dark waters of a now nameless mass, always down, down through the plaited currents, down into the motion- less fist-strong salted heaviness of it, down through the layers of sediment, marl, clay and rock, until, eventually, I found that cave which I had prepared without knowing for myself, one which the geology of the North Sea bed declares must be impossible—and yet here I am nevertheless—and in which, when lying there within its enclosure, I discovered there to be no necessity of sleep. A vast ocean of insomnia swelled up around me and I entered it willingly, with an avid hunger for that silent nightlong wakefulness which under normal circumstances would be intolerable.

The excerpt above is the opening of Paul Stanbridge's My Mind to Me a Kingdom Is (Galley Beggar, August 2022). 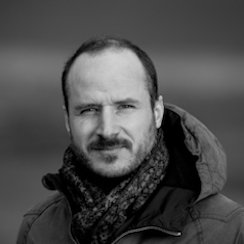