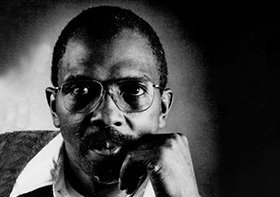 Swearing On His Life: Etheridge Knight in the Prison of Loneliness

he poet and critic Malcom Cowley once referred to the writer Conrad Aiken as “the buried giant of American literature,” a fair assessment to anyone familiar with Aiken’s poetry, novels, short stories and autobiography. In a similar fashion, Etheridge Knight could be called the buried giant of the Black Arts Movement of the sixties and seventies. His work was recognized and celebrated during his lifetime, to be sure. And he is remembered today, with several of his poems attaining the stature of American classics, such as the much-anthologized “The Idea of Ancestry” “The Bones of My Father,” and the one we’ll be looking at here, “Feeling Fucked Up.” Yet he is nowhere near as famous as other BAM luminaries, such as Maya Angelou and Nikki Giovanni and the founder of the movement, Amiri Baraka (aka Leroi Jones).

There are several reasons, none of them having anything to do with the quality of his work. He didn’t start writing until he was in his thirties while serving a sentence for armed robbery. Before that he grew up in poverty in Mississippi and Kentucky, one of seven children. Despite reportedly being a brilliant student he dropped out of school in the eighth grade and immediately went to work. In 1947 he joined the Army where he served 10 years, seeing battle in Korea and receiving a shrapnel wound that left him with chronic pain and a morphine habit that he would struggle with for most of life. Engaging in robbery to feed his habit led him to prison. And there, after his initial rage cooled, he began to turn his life around. He studied. He read voraciously. He found an outlet in poetry and determined to become a great writer.

By the time of his release in 1968 he had achieved that goal, publishing his first book, Poems from Prison, which was widely praised inside and outside the Black literary community (Gwendolyn Brooks and Donald Hall were both fans, among many others). There followed more than two decades of writing and four further books before he died of lung cancer in 1991 at the age of 59. He had overcome much and accomplished much. But he started late and died relatively young, and that no doubt affected his reputation in the long run. His work is still not nearly as well-known as it should be. Another factor here is that more than three decades after his death Etheridge Knight has yet to see a Collected Poems. A selected volume called The Essential Etheridge Knight from 1986 comes the closest, although it is far from complete and contains nothing from his last five years. To borrow a phrase from the poem of his we’re looking at today, that is fucked up. Somebody should do something about it.

“Feeling Fucked Up” is atypical of Knight in that he doesn’t normally employ profanity. In this poem he drops a total of 14 f-bombs, including the one in the title and the “mothafucking” near the end. Profanity is a strong spice, to be used sparingly most of the time. However, there are occasions when unleashing a stream of curses makes perfect sense. When you accidentally hit your thumb with a hammer. When another driver cuts you off in traffic. When your bare foot steps on something squishy and wet, and you realize your cat failed to make it to the box again. And when your lover leaves you.

It is this last circumstance, one familiar to nearly everybody, that Knight addresses in this poem. The poem is in free verse consisting of two stanzas, the first being seven lines long and the second being 11 lines. Aside from the title, all of the swearing occurs in the second stanza.

The first line of the poem establishes both the situation and the author’s colloquial tone, drawing from the idiom of the blues: “Lord she’s gone done left me done packed / up and split.” That forward slash within the line is a technique Knight uses frequently. It can be read different ways depending on the context—perhaps an additional break within the line, or setting apart a certain phrase. Here I take it to imply two readings with one phrase: she packed up and split in one continuous motion, one memory; and also she packed up and then split, two separate actions, drawn out as they happen. The latter reading sounds as if the author watched her do both of these things, leading to the buildup of grief, pain and anger that fuels the second stanza.

The rest of stanza one immediately dives into sharp feelings of loss:

The extra spaces between “white” and “crystal” effectively underscore the emptiness of a beach scene that is still beautiful but lacking the only beauty that matters now, the one that is no longer there. Stanza one concludes with an increasingly anguished cry of despair that perfectly sets up the outburst that will follow in stanza two:

Note the hard alliteration of five words beginning with “d” in that fifth line of stanza one—three of them death words—and the three gentler words beginning with “s” in the last two lines of the stanza. These words contrast the man’s angry guilt with the woman’s innocent charms, more bitterly missed now than ever.

The distinction between her laughter and her smiles is a nice touch. The key thing in this part of the stanza, though, is his admitting to his ongoing drug problem and the dishonesty it entails, along with a death wish signaled by the triple pile-on of “death dead dying”. Apparently, it took the loss of his lover to wring this confession out of him.

Then comes the epic profane rant of stanza two, starting with “Fuck Coltrane and music and clouds drifting in the sky / fuck the sea and trees and the sky and birds” (note that this forward slash, and every one used hereafter, was inserted by me to denote a line break). Somewhat counterintuitively, the movement of his rage goes from the particular to the universal: first the icon of Black creativity Coltrane, then all music; first clouds drifting in the sky, then the sky itself. So far all of the things cited are those normally associated with happiness and tranquility. The sea, which was merely implied by the image of a white sandy beach in stanza one, is explicitly told to fuck itself in stanza two, perhaps for not being able to provide its accustomed peace in this time of grievous loss. It’s worth noting that Coltrane is the only proper name or proper noun capitalized in the entire poem, outranking Mary, Joseph, Jesus and the author himself, who uses a Cummings-style small “i”.

Knight starts to switch it up in line three of this stanza (line 10 of the poem overall) by listing alligators among those creatures that should get fucked. Alligators? Really? Up until this poem, the only thing that ever fucked an alligator was another alligator. Again moving from the specific to the universal, he follows the curse against alligators with “all the animals that roam the earth”. Now the litany of things that should be fucked enters high gear with politics and ideology: “fuck marx and mao fuck fidel and nkrumah and / democracy and communism” (lines four and five of stanza two, lines 11 and 12 of the poem overall). He pauses to call out “smack and pot / and red ripe tomatoes” (!) before heading into the home stretch of his rant, from the beginning of line 13 to the end of the poem:

I remembered that Kwame Nkrumah was the first President of Ghana, but I had to look up Frantz Fanon, the French West Indian Marxist theorist of decolonization whose work must’ve been important to Knight. Juxtaposing his name with that of Richard Nixon is one of the few notes of humor in this otherwise bleak poem.

Throughout this work resonates the idea of loneliness as its own kind of prison. As noted in the study by Cassie Premo, Knight often focuses on “the theme of prisons imposed from without (slavery, racism, poverty, incarceration) and prisons from within (addiction, repetition of painful patterns) [which] are countered by the theme of freedom.” Knight himself once said, “Ideas are not the source of poetry. For me, it’s passion, heart and soul.” Few more passionate and soulful poems about the prison of loneliness exist in our language. I believe this poem will have things to say to us about our shared humanity for a long time to come. 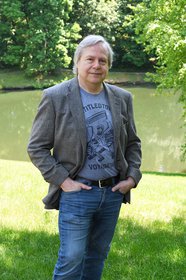