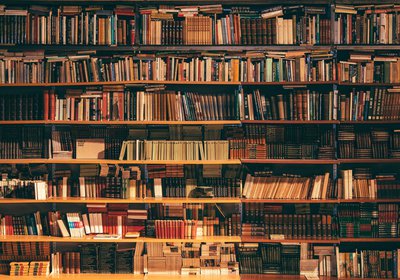 he growing place of flash fiction is everywhere evident and Shane Kowalski’s Small Moods demonstrates the ready appeal of the form. Here, intriguing storytelling nuggets resist the conventions of literary realism which all too often seems less a window onto the world than an incomplete or even lazy cop-out to avoid the strangeness and intensity of human experience.

No shortage of strangeness here. A story called “Cats Cannot Kill Themselves” begins, “I was looking for a job and found one as a house cat.” How could I not read on? In another story, “Deathwatch” the narrator decides to throw clocks into a cooking pot, explaining, “It matters that we don’t know! I love that we can’t see!”

Kowalski, to his credit, seems allergic to manifestos or didacticism—but the above statement nonetheless describes an overall sensibility or aesthetic for this collection: a contrarian refusal of authorial pretensions of knowing and seeing.

In “The Black Jeweled Box of Clarity,” we are told that “we can open the black jeweled box of clarity, but we can’t understand how to use what’s in it.” In “Inheritance,” the narrator announces, “I am like the candle that gives out darkness.” The best pieces of Small Moods artfully dramatize how any hope of clarity about human predicaments must necessarily allow for the arbitrary, the inscrutable and obscure.

Most of these stories are very short, only a page or two—this seems to be Kowalski’s preferred form. Some pieces, to my taste, seem prompt-like with a flavor of a notebook entry, and they leave me wishing the writer had followed through at a little more length, not to naturalize or explain their peculiarity but rather to amplify their originality and do them justice.

Some of the best pieces embrace the fairy tale form, and serve as a reminder that flash fiction and it violent ambiguities have deep roots. “The Magic Orgasm” begins:

A peasant boy, leading his family’s dairy cow back from grazing, came across a troll who offered him a trade. For your cow, dear boy, I will offer you an orgasm, said the troll.

Ah! said the troll. This is no ordinary orgasm though. This is a magic orgasm! Here, see for yourself!

The troll held it out in his hand, the size of a bean, green and glowing.

A logic is set in motion, full of consequences against a backdrop of darkness. Or, in a delightful story called “The Gerbil Finds You”:

Sixty-three years later, the lost gerbil finds you again on the sidewalk. It has rheumatism and walks with a cane now.

You adjust your bifocals on your nose to see clearer this vision from your youth.

Herbert! My god, I’ve missed you, you say when you recognize him.

Yes, yes, Herbert says. I did not.

Herbert’s ensuing testimony is crushing, and marks the first time that this reviewer has been crushed by a gerbil. Other strong pieces include “These Kind of Things” and the closing story, “The Hand Dances” which, incidentally, are the longest pieces in Small Moods and might not qualify as flash fiction at all.

All told, this is original work, uncompromising and sometimes harsh, yet vulnerable and engaging.

his latest poetry collection by J.C. Todd addresses the price of war from a multitude of perspectives and though—unfortunately—it is timely, it is also impressive for its range across continents and cultures. Todd is at pains to look beyond framed narratives that, consciously or not, we bring to this human-made catastrophe. As the poem “Cover Shot” reminds us, our imaginations yearn for glossy images, “the cropped shot” or “a good story” even as “the background resists / insists.”

Beyond Repair explores that resisting, insisting background. Reading this book, I was reminded of Philip Larkin’s observation that “at the bottom of all art lies the impulse to preserve.” Although in many ways different from Larkin (implied temperament and politics, for starters), Todd is tenacious about preserving. What gets cropped out of many accounts can in fact be crucial with respect to the larger picture.

The collection begins with “In Whom the Dying Does Not End,” about the destruction of Hama, Syria, by Hafez al-Assad, an atrocity which to this day remains a local taboo about which one does not speak. The poem’s speaker contemplates her pregnancy during this time and her daughter’s arrival into this world of “playing fields and killing / floors.” Mothers and daughters, who are prime examples of figures who are often cropped out of accounts of war, are central to this book, in contexts as various as the Arab Spring and the American War in Iraq to the ghetto of Pylimo Gatvé in Vilnius or the situation of a World War II Japanese “War Bride.”

In the poem “The heart doesn’t have four chambers yet,” a mother goes out amid rubble

into the scorched-walled garden
to dig up unsinged bulbs she’ll chop like shallots
and simmer behind the blackout drapes,
a bitter broth, all there is to feed the unborn one.

“FUBAR’d” is a longer poem sequence that recounts the experiences of a woman working as a military doctor in the American War in Iraq. One harrowing anecdote concerns a grievously-wounded soldier and the doctor’s heroic efforts to evacuate him which leave her feeling, nonetheless, disgusted: she is “packaging a lie” because the evacuation represents a politically-motivated attempt to lower the war-zone body count. Even the most vulnerable are instrumentalized, so “this mercy flight’s a take-out / delivery.”

Many of the poems are written in free verse, using speech rhythm and sometimes surprising enjambments, though “FUBAR’d” uses sonnet convention, “Gates” is a diptych, and there are also prose poems. Most poems depend on a detailed specificity but there are occasional generalizing couplets of epigrammatic pith:

The wars you bring to light
Leave their dark in you

There are war dead
But no dead wars

Beyond Repair finishes with a powerful poem called “In Bruges.” Here, the lens zoom out, as in Auden’s “Musée des beaux arts” which explored the Bruegel’s treatment of “human position” of human suffering. Todd assumes an even larger perspective, of time and light, roots and fungi, of “a grieving too particulate to dissipate.” If one pays attention, it’s still there.

As I type this in Brussels, the war in Ukraine is on everyone’s lips. There is another E.U. summit. Journalists are trying to tell us what’s happening. It is safe to assume that thoughts and images are being cropped. Now more than ever, like J.C. Todd, we all need to pay attention.

recent chapbook in the Contemporary Mexican Poetry Series by the Ofi Press, Three Sad Songs of the Maya Woman charts the stages of loss of an indigenous woman grieving for her deceased mother. Arranged in a chronological triptych and addressed directly to the mother, these poems are charged with both affection and regret.

The book begins on a note of disbelief:

the woodpecker of your heart
has ceased its vigorous pecking in the trunk of your chest.
Je’iiiiiiiiin, je’iiiiiiiiin.

Although I am unable to read the original version of these poems, the translation by Jonathan Harrington is clear, unmannered and quite accessible. The phrase “Je’iiiiiiiiin, je’iiiiiiiiin” remains untranslated and it recurs a number of times in the text, like a chorus. The context suggests that it is a keening sound of pain, and it effectively punctuates the various stages of the speaker’s grief.

The second part, entitled “Bringing Her Mother to be Buried,” expands beyond the daughter’s immediate perspective to include a sense of a place and the routines of everyday life. It is a world of sun, where her mother kept chickens and turkeys, and the speaker anticipates that her mother’s sudden absence will be palpable to the animals. The human community, it’s worth noting, is evoked in terms which offer no comfort. Certain individuals are called out by name, such Doña Felipa, Doña Anestasia or Doña Lorenza who “poured venom from their mouths / on the name of my mother.” The reason for this hostility is not made explicit, but there is no doubting the depth of conflict. Even after her death, there is no sense of remorse. Quite the contrary:

Now they dance,
they laugh,
they leap and do pirouettes,
they party and shoot off rockets

The final section of the triptych, “While Burying Her Mother,” returns to a more intimate focus on the relationship between daughter and mother. Much of this section takes the form of an enumeration:

The refrain of “goodbye” is repeated in 11 more lines, offering an inventory of her mother’s person. Reading it, I was reminded of the end of King Lear where, holding his dead daughter the father struggles to come to terms with the ghastly spectacle. “Do you see this? Look on her, look […] Look there, look there!” In this case, the roles of parent and child are reversed, and the speaker refers to her mother as the “child of my eyes.”

The availability of Briceida Cuevas Cob’s Three Sad Songs of the Maya Woman in a lucid translation is a very welcome development. The publisher, the Ofi Press, is based in Mexico City and clearly their Contemporary Mexican Poetry Series deserves a wider audience. 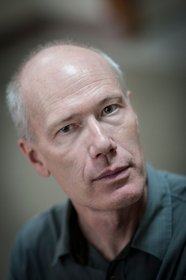 Charles Holdefer is the author of novels, stories and nonfiction. He grew up in Iowa and is a graduate of the Iowa Writers' Workshop and the Sorbonne. He currently teaches at the University of Poitiers, France.

He also writes essays and reviews which have appeared in The Antioch Review, World Literature Today, New England Review, The Dactyl Review, The Collagist, l'Oeil du Spectateur, New York Journal of Books, Journal of the Short Story in English and elsewhere.