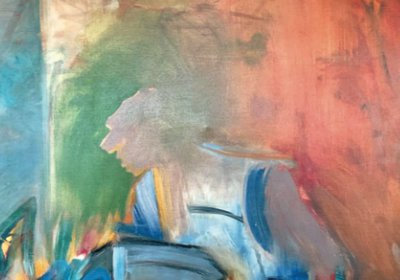 Your goal is beyond poetry
From Haibun #47

aul Nelson is a once in a generation poet in the organic tradition of Charles Olson, Denise Levertov and Michael McClure. The author of American Sentences and A Time Before Slaughter, Nelson has struck again. This time, in Haibun de la Serna, he reimagines the ancestral Japanese genre of the Haibun (prose poem + haiku) as a contracting and expanding universe of neo-baroque, surreal, and abstract gestures. Added to this unique subversion, each one of the 99 Haibun in the collection, is inspired by a greguería, those witty, poetic one-liners created by Spanish avant-garde poet Ramón Gómez de la Serna such as the one that goes Rivers do not know their names or A carbon copy is taken of everything that is said in the dark.

These greguerías function as a gateway to a world of expressive possibilities, a stream of energy and consciousness into which Nelson dives soul first, mindfully and mindlessly. Like Terence, nothing is alien to Nelson. Nothing is irrelevant: the intimate memory and the geopolitical disquisition, runic alphabet, kim chi pierogies, Federico García Lorca, Dick Cheney, phytoplankton, Quiznos tunamelts, pepsi, tsampa, Molotov cocktails, Mickey Mouse, Abu Ghraib, dental records, eggs or Amtrak. This chaotic accumulation is not, however, poetic reflection of a random, fragmented world. Haibun de la Serna emerges rather as another Aleph, the multum in parvo, the miraculous, limitless, dizzying point in space that contains all other points. And as it happens in the story by Jorge Luis Borges, these Haibun, just like the original Aleph, allow us to see in a single gigantic instant millions of acts both delightful and awful.

Yet, that unimaginable universe contained in the vibrancy of a dense poetic form, winds up bursting through the seams of grammar, giving us the experience of a language flickering at the edge of meaning, and of meaning breaking to the point of collapse. These poems, like all great poems, open up towards the unnamable. Nelson’s poetry is what remains after the shock wave, the pulsing blast of a genuine and audacious assault on meaning. As if following Donna Haraway’s dictum that “grammar is politics by other means”, Nelson ventures away from the matrix of language and its underlying logic of hegemonic power allowing us to glimpse “a non-conceptual or prereflective mode of consciousness” (83).

If there is a certain exhilarating pathos permeating this collection; there is also, underneath it, an overwhelming feeling of discontent. Discontent towards evil, towards “the enemy we keep feeding” (the cruel majority, the dark Satanic mills, as William Blake would call it), a weary recognition that we are all wandering like zombies in this no man’s land that extends between late capitalism and our impending demise. If writing poetry appears in Nelson as the ultimate form of activism, it is not an activism narrowly conceived as political, but rather an activism in its broadest metaphysical sense.

In The Open: Man and Animal, Giorgio Agamben writes: “(...) determining the border between human and animal [is] not just one question among many discussed by philosophers and theologians, scientists and politicians, but rather a fundamental metaphysico-political operation in which alone something like ‘man’ can be decided upon and produced.” (21) It is in this vein that Nelson speaks of “the animal self we left behind for hamburgers, traffic cameras and cappuccino” (12). Indeed, these collection of Haibun which also presents itself as a bestiary (mythical stags and goats, squirrels, crabs, urchins, snakes, bears, orcas, sea lions, deer, coyote, racoons, cats, ants, slugs, whales, woodfrogs, and so on) offers a poetic roadmap towards that threshold where, as Agamben would say, Paradise calls Eden back into question. In fact, Nelson’s own poetics is articulated in terms that foregrounds this metaphysico-political separation between humanity and animality: “The poem less a recipe and more the salient of Crick’s edgeless biology & the light therefore shot off from” (19).

This 21st century Howl, this post-historical growl, this visceral scream of a voice being torn apart is consistently probing the boundaries beyond which we are forced to confront the animal we left behind, probing in the same gesture the limits of language and of poetry:

Scorn stays west of the left ventricle the poet says & sees it stuck there unable to mutter anything but GRAHHR or muuurrrrrffffffffff so writes a poem that becomes a series of poems that becomes a house & a whole slum of them headed for the same plight (evening) stuck in the shithole of his imagination up near the top of the monkey puzzle tree to wile away the January afternoon hoping not to become lunch for Sasquatch/lost in the dust of a library archive waiting to return in another incarnation or vivid hallucination. (Haibun # 54, p. 57)

Hence, Haibun de la Serna could be read as an attempt to get unstuck and move beyond language, beyond humanity, beyond poetry. In its Zen-like impulse this book is also about going beyond by staying in place; surrendering as a method of attack. That’s one way of understanding the sentence by Zen master Dõgen that opens the collection: “When you find your place where you are, practice occurs.” Paul Nelson’s poetry is this place of immanence and transcendence at the same time. We still don’t know what lays beyond poetry. We are all stuck in the monkey puzzle. We do have the feeling, however, after reading Haibun de la Serna that we are also somehow closer to “practice”, yearning for a space beyond ourselves... 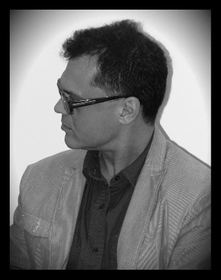 Pablo Baler is Professor of Latin American Literature and Creative Writing at California State University, Los Angeles and International Research Fellow at The Center for Fine Art Research at Birmingham City University, U.K. Among other titles, Baler is the author of the award winning novel Circa (1999), the essay Latin American Neo Baroque: Senses of Distortion (2008, 2016) and the novel Chabrancán (2020).