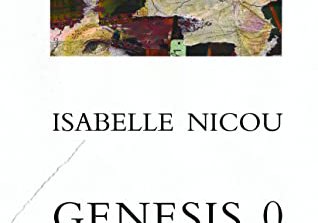 here is a story in 90s rock lore of Donita Sparks, lead singer and guitarist of all-female grunge-rock group L7 removing and throwing her (bloody, naturally) tampon out into the crowd at the 1992 Reading festival. While a 2020 Guardian article has it that the incident was a response to crowd heckling, back in 1993 Spin magazine did not offer context, merely referring to it as a ‘punk breakthrough’. If it was equitable with—if not out-performing—men’s antics in the dick-swinging business of music back then, it was also a contrast to another kind of grunge female, that of the stylised ‘kinderwhore’ of Courtney Love with ripped vintage dresses and smudged makeup.

Regardless of the reasons why the tampon went down in pop-culture history, it remains memorable for something more important but overlooked in its simplicity. It was a moment of supremely ugly reality which at the same time was perfectly mundane if you were a woman who’d experienced a period; a reality of being female for many that was somehow a lot more shocking in its banality than anything Courtney did, or her precursor in performance, Wendy O. Williams.

No matter the labelling: ugly, mundane, or even surreal, it also sums up the divide in a certain kind of women’s writing. Whether fictional, autobiographical, or anything that falls in between, and despite the homogenous praise of ‘urgent’ and ‘powerful’ that tends to gets paraded any time a woman writer delves into what can be seen as squeamish issues: sexual trauma, desire, abortion, the sense is that a writer’s intimacies are to an extent being stylised for mass consumption hovers above the page. While the mere writing of such subjects is deemed praiseworthy, there is still little in the way of actual criticism that asks for more thorough thinking in them: the internal hows and whys rather than just emotive set-pieces. In terms of the L7 incident, women’s writing wants to know we bleed (unproblematically), but doesn’t want to see the tampon, much less us taking it out.

It’s impossible to know exactly why or how this happens. To speculate, most likely it is a combination of a conscious or unconscious self-censorship—understandable if you decide to go down the road of that genre—and judicious editing with an eye for sales and the all-important female ‘relatability’, with a lack of acknowledgement that too much thinking on the page does not equal sales in terms of books aiming to get on best-seller lists. Ottessa Moshfegh’s ultra-graphic descriptions of bodily functions inspire both disgust and praise as well as sales, but the author is also something of a rarity in that she at least appears superficially to not give a shit, or revels in the performance of pretending so.

But the swing from glossy to almost gleefully graphic asks the question, where is the everyday ugly real in women’s writing: the kind that neither relies on redemptive, simplistic narrative or provocation? The answer can in part be found in French author Isabelle Nicou’s Genesis 0 (tr. Katie Shireen Assef). Published by Amphetamine Sulphate, it is simply a story of a woman’s pregnancy and abortion. Its brevity (only 107 pages) serves to amplify the unsentimental internal monologue of its protagonist, Elizabeth, as she goes about her daily life. An actress by profession, but acting outside of it, her new growth is a secret that removes her from herself in the way a character would: ‘neither my words nor my gestures belong to me.’

Elizabeth’s detached observations of the foetus, her life, and memories clash in both grotesque and philosophical streams of consciousness. This is extreme flux without literary histrionics, a mind in communication with a physical intrusion. Her thoughts move from the divine to the cannibalistic: not out of hatred but a kind of darkly humorous anti-love which could be said to be a form of endearment, one that recognises possibility whilst acknowledging she is ultimately the destructor. ‘You the thing’ is merely a form that will never achieve externality, and so Elizabeth, as its temporary carrier, allows the essence to shape itself through her thoughts in sanguine symbiosis.

Genesis 0 is an ‘I’ story devoid of any attachment to itself at a time where the ‘I’ is derided, perhaps not unfairly, due to its shift from telling a story with a personal aspect within a greater context to expanding its meaning to be the ‘I’ as both earth and sun. It is true that there is just Elizabeth, the thing, and her consciousness, and yet all three feel transient: replaceable, interchangeable. If the thing is faceless and formless in the sense of the external, so too, is Elizabeth, the actor’s pliability suggesting other characters for her unconscious:

‘I’m the one you chose (you the thing). But it’s Joan of Arc that I should be playing. Voices. Voices and nothing else. How proud mom would be of me if she knew! I’m the sole repository of meaning, the only one to understand the fatality that whispers here or there, at all hours of the day.’

There is a joke embedded in the fact that Elizabeth is playing Aricia in a production of Racine’s Phèdre; in the Aeneid, Aricia is a divine place associated with childbirth—and her relationship with the actor playing Hippolytus. Her outer and inner lives in such a combination take on the feeling not of a Moebius strip—upon discovering that the thing will not leave as carefully planned—but a Klein bottle, where there is no exit and the boundaries of self become constricting where they once appeared liberating.

In an interview with Amphetamine Sulphate on Dennis Cooper’s site, Nicou confirms the ideas of both the mundane ugly real and the ultra-‘I’ that still manages detachment: ‘The narrative, as strong as it is, is also extremely common: a woman having a breakup or an abortion, you find these elements in a lot of novels. What is really important to me is how deep the “I” can get, how the first-person writing permeates the reader, how an “I” supplants another… In fact, reading, as I practice it and as I would like to induce it, is an experience of mental alienation.’

Nicou’s ‘I’ is one that has less in common with the ‘I’ of more mainstream women’s writing, and more with that of the ‘I’ of Hélène Cixous where the focus of the self is in stream of consciousness reflection and exploration rather than that of laying out a simplistic join-the-dots narrative. In a Los Angeles Review of Books essay of 2015, Benjamin Crockett notes that ‘Cixous offers a way of writing that will allow women to “transform their history, to seize the occasion to speak.” She declares, “[n]early the entire history of writing is confounded with the history of reason […] it has been one with the phallocentric tradition.”’

The underlying reasoning that fuels the narrative of Genesis 0, that Elizabeth will have a straightforward abortion by pill, is thwarted, and against this complication, plunges her into more internality to the point where she exists almost solely inside herself; alongside the thing, divinity and motherhood co-existing with destruction. It is hard to envision the core demographic (as publishers imagine them) of books such as Three Women or My Year of Rest and Relaxation being able to grasp Genesis 0—though of course one hopes that is not the case. Without flashily displaying its intellect, it is a book that is nevertheless steeped in thought, the kind that refracts the myriad of states one goes through—sometimes at the same time—in such a situation: anxiety, humour, despair. Its graphic moments and looping, wild streams of consciousness are not there for the sake of shock and derangement. Instead, they are a long consideration of the connection between women’s bodies, minds, and the internal conversations that spring from them, waiting to emerge into the greater world. 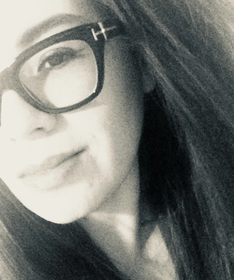