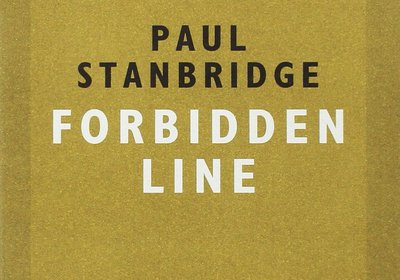 The End of All Fiction

n March 2019 I received an unusually brief email from the novelist Alex Pheby which contained nothing more than a link, with neither content nor comment. Clicking on it took me to the homepage of something called the Encyclopaedia of St Arbuc. I had no idea what it was, although it looked, somehow, official.

It was, I learned from Alex, the work of the author Paul Stanbridge, whose first novel Forbidden Line so impressed Neil Griffiths, founder of the Republic of Consciousness Prize, that he added a last-minute ‘First Novel’ category to the inaugural shortlist, solely to accommodate Stanbridge (who unsurprisingly won in that category). Here’s what Neil said at the time:

A modern day Don Quixote channeling early Wittgenstein and late Heidegger, and the events of the Peasant’s Revolt, Forbidden Line take us on a picaresque journey through Essex and London in what must be the most exuberant and maximalist novel of ideas ever written in English. It really shouldn’t work, but it does so with a kind joy and comic panache that few writers possess. It’s an achievement to be admired, relished, and loved. […] This isn’t magical realism—it’s so much more mysterious and profound than that.

Picaresque, exuberant and maximalist it certainly is. I’d add that it’s breathtakingly funny.

What Forbidden Line may first bring to mind is 'Pierre Menard, Author of the Quixote’, the great short story by Borges originally published in 1939, a tale that anticipates and subverts the tendencies of literary post-modernism. In fact Menard's imaginary grandchildren crop up briefly towards the end of Forbidden Line in an episode featuring one Ian McEwan, who is clearly the Ian McEwan.

In Stanbridge’s take, the maniac autodidact Donald J Waswill (Don) and his doltish companion Isaiah Olm (abbreviated as ‘Is’ throughout) leave their home in a redundant Colchester water tower to embark on a shambolic, low-budget odyssey during which they run into drunks, crusties, dignitaries, the Essex constabulary and feuding locals until, somehow, managing to fetch up in London. On their travels a hefty home-made case containing Don's Encyclopedic life work is repeatedly destroyed, only to reappear intact, its contents miraculously unharmed.

Stanbridge's Don is every bit as deranged and single-minded as his Spanish prototype—obsessed with a metaphysical phenomenon he calls 'the hyperfine transition of hydrogen' and in thrall to Lady Chance, a capricious secular deity who dictates his every move. He and Is undergo a series of encounters with the contemporary world—our world—which are beautifully rendered and as funny anything in Flaubert's Bouvard et Pecuchet or Beckett's Mercier and Camier, two other farcical masterpieces, both featuring incompatible male compadres. Is cannot read or write (unless the plot requires him to do so, when he can do so with ease) but has the same gift of total mental recall as Funes the Memorious (another Borges link, from the Ficciones), and so functions as Don's recording angel, a lumpen Boswell.

What impresses is Stanbridge's elegant, eccentric and richly rewarding prose coupled with his unflagging invention. The lyrical descriptions of backwater Essex are consistently lovely, and there's a sophisticated philosophical undertow with Wittgenstein, Heidegger and Lucien Lévy-Bruhl in attendance. There are lots of very good jokes, elaborate digressions, pointless repetitions, countless literary references, passages in Greek and Anglo-Saxon and Middle English, sudden violent reversals, dazzling rhetorical flights and, throughout, a sense of unalloyed authorial joy in the whole project.

While he is unafraid to court tedium (thoughtfully inviting the reader to skip such passages when they crop up), Stanbridge has the rare gift—vanishingly rare—of making his reader (this reader, at any rate) laugh out loud, and regularly. Chapter 27 reduced me to a chuckling puddle when, at one point, Don and Is discuss what they respectively pronounce as 'déjà vu' and 'deja-vu', leading to a wonderful mis en abyme in which simultaneous hypothetical déjà vus (or deja-vus) are giddily embedded, one within another, leading inevitably to 'an eternal stasis of the hyperfine transition of hydrogen' until a baffled Is throws in the towel:

—What you are saying is so far over my head, said Is, that it has ice on it.

Forbidden Line is both very, very silly and as wholly and profoundly serious as Cervantes' original. It's hugely entertaining and deeply satisfying and unforcedly weird—a rich plum pudding of a novel, but a plum pudding with antlers.

When I first met the author I was disappointed to hear that he'd abandoned plans for a second novel, which was to have been entitled St Arbucs. This was bad news to me as an admirer but, as it later turned out, Stanbridge was at the time fully committed to writing something, but not a novel. Something else entirely.

Which brings us back to the Encyclopaedia of St Arbuc.

How can I begin to write about this extraordinary text? It has to be read online and is not available in print, and if it were it would be a book the size of the world. You have to see it for yourself (at st-arbuc.co.uk) to get an idea of the scale and scope and implications of this astonishing project.

If you haven’t already clicked (and are therefore down the rabbit hole and unlikely to return for some time) you should know that it’s described on the landing page as 'an immaterial text’, something defined as 'an item of linguistic discourse which has no physical manifestation as writing or sound'.

It takes the form of an alternative Wikipedia, a mass of online documents dedicated largely to affairs in the failed city state of St Arbuc. I don’t want to say much more than that because I’d hate to pre-empt the thrill of personal discovery when you log on for yourself.

Thanks to multiple internal links, and further links to the internet beyond itself, and thanks to the option of reading random consecutive pages (which I recommend), no two readers will ever have the same experience of the text. Like Finnegans Wake (which is a thoroughly material text in its most familiar incarnation), the Encyclopaedia of St Arbuc is a work of jaw-dropping originality and of seemingly inexhaustible complexity. The permutations are practically limitless.

There are several recurring characters: Bally Parts, Jaylad Politis, Rebert E. Benhole, David-Cream and, strikingly, the Prince of St. Arbuc, whose name is half a million words long and given in full, in caps, in a single Encyclopaedia entry that's longer than War and Peace. There are fantastically elaborate digressions worthy of Sterne, and further digressions within those digressions, and an enormous index page with links to entries which can be navigated alphabetically or (again, recommended) at random. There is even a plot of sorts, although that emerges slowly. What impresses above all, apart from the content, is the design and delivery of what began as a conventional novel and has become a benchmark in contemporary experimental writing.

The electively anonymous author himself has no control over, or stake in, the fate of his text, which can be edited (like Wikipedia) by anyone. And that's surely a literary first: a live text that will change, perhaps beyond recognition, as readers bring their own material to the website. (A couple of recent additions to the Index page are product placements for a range of hair products, and why not?)

It's immersive, compelling, frustrating, dazzlingly original and deeply unsettling. I've been exploring the site haphazardly for the past two years and feel I have barely scratched the surface. While other writers have staked a claim in this territory, notably Borges in his short fiction 'Tlön, Uqbar, Orbis Tertius' (1940), the Encyclopaedia of St Arbuc is, in its conception, and execution, an imaginary world on an epic, comprehensive and finely detailed scale.

It appeared without fanfare. There was no launch, no publicity, no reviews anywhere—none of the usual publishing practices. Indeed, apart from a website acknowledgement to the Arts Council for funding, no publisher seems to have been involved and, as a new take on the production and distribution of fiction, it appears to mark the beginning of the end of conventional publishing. The article you are now reading is among the tiny handful of pieces prompted by Stanbridge’s text, and if you go online and do a Google search for ‘St Arbuc’ you’ll be taken straight to the coffee shop franchise and will have to dig deep to find any reference to the near eponymous (but entirely unrelated) St Arbuc.

Like Forbidden Line, its more conventional predecessor, the Encyclopaedia is richly and profoundly comic but also, despite its literary self-awareness, far harder hard to pin down than its predecessor. Like Finnegans Wake it is certain to attract fanatical devotees and dismay the unadventurous. Perhaps, and also like Finnegans Wake, it will amount to no more than a wonderful cul-de-sac.

When I last heard from the author he said he had completed a true second novel, ‘a satirical, barbarous version of In Memoriam, narrated by two rivers and a horse’. The title? My Mind To Me A Kingdom Is, which comes from a poem first published in 1588 and usually attributed to Edward Dyer. Here’s the first verse:

My mind to me a kingdom is;
Such present joys therein I find,
That it excels all other bliss
That earth affords or grows by kind:
Though much I want that most would have,
Yet still my mind forbids to crave.

The mind as a source of consolation and happiness. Now there’s a theme. 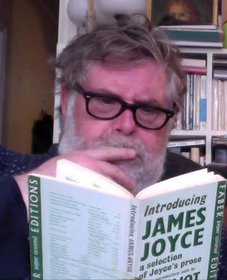 David Collard writes for print and online publications including the Times Literary Supplement, Literary Review, 3:AM Magazine, gorse, Exacting Clam, White Review and others. He is the author of Multiple Joyce: 100 Short Essays About James Joyce's Cultural Legacy (Sagging Meniscus, 2022) and About a Girl: a Reader’s Guide to Eimear McBride’s A Girl Is a Half-formed Thing (CB Editions, 2016) and he contributed to the recent anthologies We’ll Never Have Paris (Repeater, 2019) and Love Bites (Dostoyevsky Wannabe, 2019).

He lives in London, where he organises cultish online literary gatherings. He has a website.