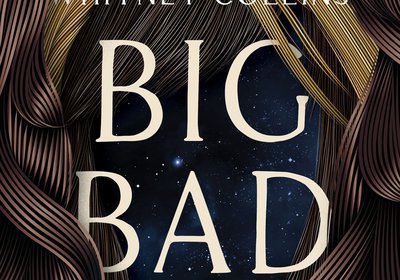 This first volume of stories by Whitney Collins announces the arrival of a major talent. It’s an honest-to-goodness event, and not in the sense of that Toyota Sales Event we keep hearing about every few minutes. The thirteen tales collected here have appeared in some of the best literary journals, several of them garnering significant honors in the process, such as a 2020 Pushcart Prize, while the manuscript itself won the 2019 Mary McCarthy Prize in Short Fiction from Sarabande Books, which to its eternal credit has now published it. The combined effect of these pieces is nothing less than stunning.

All this must be wonderful for Collins, who, as the sensitive soul her lively prose clearly reveals her to be, surely smiles to herself occasionally at how this creative triumph was built upon the delicious, delightful, despairing and even despicable predicaments of her long-suffering characters. You’ve seen them, in gas stations, fast-food restaurants, outlet malls, storefront churches, community colleges, and perhaps in your own backyard at a family picnic or staring back at you from your bathroom mirror. But you’ve never really met them, until now, and only Collins can make the introductions, because she’s the one who’s had these people living rent-free in her head.

Just what a clever, compassionate, insightful head Collins has is evident from the first story—“The Nest,” wherein the situation of infant twin boys born way too prematurely haunts their overly imaginative sister Frankie—to the last—“Bjorn,” which finds a young woman named Bianca equally obsessed with a cyst in her forehead that may be the remnant of her own unborn (un-Bjorn?) twin. In fact, quite a few of these narratives draw their fascination from primal experiences of pregnancy, birth, marriage, sickness, death, and that old reliable favorite of male and female fiction alike, making babies.

None of it seems trivial or topical or secondhand. Rather it is timeless and personal and always cuts to the heart of what it means to be human. You get the feeling that Collins, a modern single mother herself, would also have known how to look good in an animal skin and how to wield a stone ax with the most capable of her Cro-Magnon forebears.

In the title story, a woman called Helen mysteriously and repeatedly gives birth to different versions of herself, a most poignant metaphor in Collins’ hands. Despite the pun in the title (as in who’s afraid of the . . . ?), the big bads here are not usually villains per se, but the bad and bizarre things that happen to everyone, and the warring impulses that cause us to passionately seek or passionately deny the truth of these things, often at the same time. These vividly realized inner conflicts make for good drama and compelling reading.

I am no expert on her main technique of magical realism (or for that matter, on making babies—mine were adopted), so all I can say about the author’s stylistic proclivities is that her long years toiling as a humorist, essayist and reporter have served her well as she dives headfirst into fiction. Most of the time she manages to balance horror and humanity, innocence and a hunger for truth bordering on cruelty, and for my money humor is the secret sauce that enables her to do that. I could share some of the lines that made me laugh out loud in this book, but I would rather you found them for yourself, especially as you are likely to pick different lines. There are certainly plenty to choose from. It’s as if Shirley Jackson, Dorothy Parker and Flannery O’Connor all showed up on the same day at the same recombinant DNA laboratory.

Although I am not a psychic, I do play one on TV, and I hereby predict that you will remember your initial encounter with this remarkable collection, and you will find yourself returning to it often, discovering details you missed the first time around.