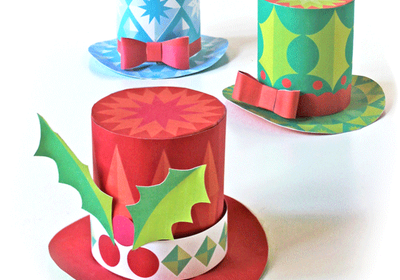 Something rolled off the bed and fell with a muted clunk onto the carpet. It was a bottle. And I remembered: it had been Christmas Day. I had been drinking.

I ran my mouth under the cold tap. Life sprang up as though on a dusty alien world, my terraformed tongue blooming, becoming flexible and exploratory. I spat into the sink and tannin sediment coloured the saliva like sick blood. I was alive. I resolved to fry an egg in butter and open a can of fat Coke.

I had survived another Christmas day alone, but this was to be a sterner test: it was the day of my annual visit to my aunt Silvia.

Silvia lived in three rooms of a large house on the other side of town. She had red hair and had studied ballet, and I think her Sixties had been mildly bohemian—she’d married an airline pilot, and there were rumours in the family she’d entertained gentlemen-callers during his long-haul flights. She’d been a sort of low rent Princess Margaret in our household mythology, but now all that was left of the family was me, and I wasn’t scandalised—I was traumatised. To see her I was going to have to drive across town.

I threw up and brushed my teeth and sprayed myself with a lot of deodorant to disguise the hand sanitizer funk emanating from every pore.

At the front door, I pressed my head against the cool glass and stared into the grey glow of the morning. Then I staggered to the car, and once more savoured the delicious chill as I placed hands and cheek against its freezing chassis. Refreshed, I let myself in and started her up. I made it fifty yards down the road before pulling over and running back to the house to see if I had closed the front door, which I hadn’t. I trudged back to the car, which was ticking over in clouds of condensation, the driver’s door open.

I let my hands and feet do the driving and did not engage at all, knowing that if my brain blundered into proceedings there would be a major traffic incident. It would have been like those moments of frozen confusion I encountered in typing up notes, where my brain over-took my hands, and I no longer knew where the semi-colon key was. Besides, I was already using my brain to sustain a gentle, fizzing panic. I scanned the landscape for signs of the police, squinting at dark shapes in the cold eye of the rear-view mirror.

I wouldn’t ordinarily have driven at all. I had been asleep and drunk an hour ago and would clearly fail a breathalyser test. But I was late, it was Boxing Day and Silvia could be very fierce. I hoped the police would be at home with their families. Of course, there were probably lonely and unhappy policemen, policemen like me, who had no families and were likely to be vindictive, because they were working during the holidays and nobody loved them, so I kept constant, paranoid surveillance while my hands and feet got on with the job of not actually killing anybody. It worked. I got to Silvia’s house ten minutes after I said I would, and I had not been arrested.

I released Silvia from my embrace. She was brittle and neat, her hair still suspiciously red, her face caked in powder. She wore a baby blue cardigan, pearl earrings, and her eyes were bright in the gypsum mask of her face. She left an imprint in dust on the front of my raincoat, like the Veronica.

“I can’t believe you drove. You stink like a dosser. “

“Charming as ever, though you’re probably right. I’m properly on my last legs now.”

I draped my coat over the end of the banister. She picked it up with a tut, placed it on a coat-stand and, with a balled tissue retrieved from her sleeve, attempted to scrub her face powder from my lapel with spit. I went straight into the kitchen, slipped on her pinnie and five minutes later I was crushing fennel seeds with a mortar and pestle. She appeared armed with two large tumblers of gin and tonic and two small paper hats.

We had been doing this every year for the last decade, after I’d got back in touch with her following Mum’s funeral. The family had always been small but by the time I’d reached my forties it had dwindled to nothing. Silvia had a son in Australia she didn’t talk to, and I had a couple of cousins in America I’d never met. Her husband and my parents were long gone, so this was it. Every Boxing Day I came to her house, cooked a chicken, the only thing I cooked well, and then we got drunk together in front of the television. After dinner the bickering would start, my character would be swiftly atomised, and I would threaten to leave but I never did because she kept a good cellar, and my house was miles away. So, I took the constructive criticism until she fell asleep with her mouth open, and then fished her false teeth out so she wouldn’t choke, placing them on the coffee table in front of her. Then I would drink quietly on my own, watching TV with the sound down until I also fell asleep. Every year for a decade we did this. I didn’t mind. She never remembered the harshness of her words. Or maybe she did? There was always faint embarrassment in the morning. She could remember something, but perhaps she wasn’t sure what it was.

I zested a lemon.

“Are you seeing anyone?” said Silvia.

“That question comes earlier every year,” I said. “You usually wait until I’ve finished eating.”

She prodded my belly. “It’s because of this.”

“Do you want me to continue cooking you a dinner? I don’t have to do this, you know. I could be at home right now nursing a bad hangover.”

“I’m not being cruel, Paul. I say it because I love you.”

I stopped zesting the lemon.

“I have to. You’re my last relation.”

I shook my head. “No Silvia, I’m not seeing anyone.”

“I expect you’ve missed the boat now,” she said, sadly. I chopped the garlic.

Dinner was civilized. We drank Pinot Grigio with the bird and listened to a CD of carols sung by The King’s Singers. The conversation was polite and dull. Neither of us did much and we had few common interests, so there were lengthy gaps, which was fine. The silences were comfortable, and the chicken was good, so there was no need for chat. The paper hats rustled as we chewed, shivering like butterfly wings over our heads.

After dinner we watched television. Our television watching was an evolved experience, a well-worn rut. Silvia was old and thin and felt the cold, so the heating was fierce, and she was slightly deaf, so the TV volume was blasting, the adverts on commercial channels punishingly so.

She narrated each programme, often over expository passages which she found boring, so I was briefed on the action that we had both just seen, but by the middle of the film neither of us had any idea what was going on.

Silvia had a memory for faces but not names, so every time a new person appeared on screen I was asked “Who is he? I know him.” If I were able to answer the question, she disagreed with me. “Don’t be so stupid. He has a much thinner face.” She was bewildered by the end credits when it was revealed that I was correct, wondering how I’d pulled off this feat of legerdemain.

She didn’t differentiate between film eras: every film was happening in one big cinematic now. She was convinced that Joey from Friends was in Arsenic and Old Lace, despite it being made decades before Matt Le Blanc was born. My favourite responses to the evening’s viewing were: “Who is that actor who always reminds me of Jack Lemmon?” and her genuine anger when Juliet Stevenson popped up. I never found out why. “She knows why,” was all she gave me.

Sometimes I was unable to worry out the name of each actor she was thinking of on demand, even though some of the actors didn’t appear on the screen, their memory was prompted by the appearance of somebody else. It was like playing a game of Guess Who twice removed. My inability to place the mystery person always disappointed her: “You used to be good at this!” she’d say, as though there were a point in time when I could gaze into her mind and map out her thought processes from no information.

And, of course, she was right. There was a time I could do exactly that.

My parents’ deaths hit me unexpectedly hard. I became very depressed and briefly moved in with Silvia, whom I hadn’t seen for years. I’m not sure whose idea it was, and I soon moved out again as we quickly realised it had been a mistake. But after a hot housed month of intense scrutiny, I could accurately map out whole evenings of Silvia’s idiosyncratic and active television watching.

Tonight’s assertion had been Americans couldn’t do collars.

“What do you mean Americans can’t do collars?”

“Look,” she said, as Jimmy Stewart put his foot up in Rear Window. “Look at his collar. Rubbish.”

“He’s not meant to look smart. He’s a grouchy, down-at-heel photographer with a broken leg!”

I knew what this was. These were the symptoms of loneliness. Silvia was always alone. Watching television was a bonding opportunity for her. The films were not entertainment in and of themselves, they were springboards to a larger narrative. They were a stepping-off point. They included me. My aunt knew something I was good at, perhaps the only thing I was good at—naming obscure actors—and she wanted me to impress her. When she recapped the start of the story over the middle of the story so ultimately, she had no idea what was going on at the end of the story, that didn’t matter. That was not the point. She knew I would know. She knew I could read a film.

That night she slept upright on the sofa, her head thrown back as though seized with laughter. I removed her glasses. Her teeth had come loose, drawing in and out with each sonorous snore, peeping like a cat’s tongue, so I picked them out, placing them beside her glasses on the coffee table. I fetched a blanket, draped it over her and continued to watch old films on her TV, drinking her wine in silence as I had done every Boxing Day for the past ten years. When I finally went to bed, I kissed her on the forehead. In our tiny family we only showed any affection when the other person was unconscious.

The fight has left her in the last couple of years. She’s merely pass-remarkable now, no longer devastating. There were a few early jabs this afternoon, but for rest of the day she was almost companionable. It worried me. She wasn’t herself.

In the morning, as always, she betrayed no hint of the previous night’s excesses, being bright and neat with just the tiniest edge in her manner, as though expecting bad news.

“I expect you’re busy.” She knew I wasn’t busy.

“Same time next year?” I said.

“If you like, if I’m still clinging to life.”

“You’re like lichen on a rock, Silvia. Nothing’s going to scrape you off.” We hugged, stiffly.

On returning home I took my jacket off, and there once again was the powdery outline of her face pressed onto my lapel. The ghost of a smile. 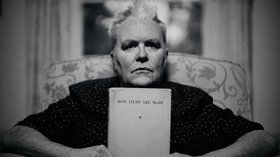 John Patrick Higgins is a playwright, short story writer, screenwriter and director. He lives in Belfast.