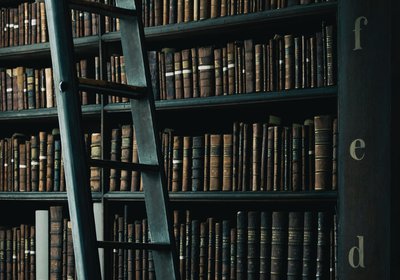 One of the more mercurial figures in French letters, Danielle Mémoire has been publishing since the mid-eighties, and with this volume, we have the chance at last to read her in English translation, courtesy of the recently revivified Dalkey Archive Press, under new management following the passing of founder John O’Brien. The novel opens with a public reading that is not a public reading and a Q&A that is not a Q&A, narrated by unnamed narrators who may or may not be the author, and audience members who may or may not be audience members. “Mémoire’s works are examples of ludic literature,” Warren Motte writes in the introduction, an understatement of proportions énormes, as the novel fragments into excerpts from the narrator’s work-in-progress, excerpts that themselves contain writers making public readings that are not public readings and taking Q&As that are not Q&As. The novel proceeds in the manner of Barth’s story “Meneliad,” where frame tales are framed within frame tales like a sequence of nested algorithms, yielding prose that is intentionally and hilariously unfollowable.

As translator K.E. Gormley notes in her introduction, there are “struggles for dominance on the level of language itself, most notably between its spoken and written forms”, as the fragments reach for levels of enlightenment and erudition by deploying italicised quotes, while others present interrogatory dialogues that penetrate into the narrator’s more trivial utterances. Mémoire’s novel plays out as a literary text commenting on the notion of a literary text as a form of self-interrogation, placing her novel in the same wheelhouse as surfictionists à la Raymond Federman in Take It or Leave It, a text that made the telling of the telling of as much importance as the telling of the tale itself. The reader’s own take on whether the telling of (or telling-off) the text is as important as a tip-top tale well-told is proportional to that reader’s interest in Dalkey Archive Press. A cross between the playful madness of the vintage Oulipo and the more sombre introversion of the nouveau romanciers, Public Reading Followed by a Discussion is a sublimely maddening introduction to an extremely welcome voice in translation.

As in the cinematic weirdscapes of Quentin Dupieux, where murderous rubber tyres stalk the land and style-obsessed men fawn over deerskin coats, Portuguese author João Reis creates hermetically sealed worlds of singular weirdness that inhabit their own surreal illogic and invite the reader to either step inside or scurry for cover under saner fictions. In his second Englished novel (self-translated from the original A Avó e a Neve Russa), Reis opens with two detectives discussing the murder of a 29-year-old woman (reported as in her 30s in the paper) with a plush donkey (a robo-toy created by the father of Alexei, whom the toy refers to as ‘Dad’). Opening with the retelling of a breakfast where Alexei’s father is keen to assert his right to call pancakes waffles, the plush donkey continues to digressively relate his memories of the morning.

The narrative floats away from the plush donkey to an unnamed narrator, into the run-on thoughts of Detectives Anderson & Mercier. The second part of the novel is a sustained interrogation of suspect Didier H., a section that brings to mind Dupieux’s Au Poste!, a film centred around an increasingly absurd interrogation. Here, Detective Anderson’s fixation on the works of Wittgenstein and works on Wittgenstein leads him to conduct a hilarious interrogation based on an overly literal rendering of Wittgensteinian logic, all the while blissfully unaware his co-detective has long been bedding his missus.

Reis’s last book in English, The Translator’s Bride (Open Letter), centred around a translator who smelled sulphur, and showed the author’s skill at the crazed internal monologue form as perfected by Thomas Bernhard—an uproarious work of sustained coddiwompling in short, hiccupping clauses ensnuggled in commas. This novel is more liberal in its formal merriment, moving often randomly into long unpunctuated streams of consciousness, sequences of barmy interrogatory dialogue, and the repetitive rhythms of the extremely loveable plush donkey. A merry manglement of the sleuth procedural, the identity of the murderer is not as important (Reis tortures the reader with the murder’s reveal) as the rollicking ride to nowhere in which the novel revels. A splendidly unhinged slice of surrealist noir.

You are Beautiful and You are Alone: The Biography of Nico
Jennifer Otter Bickerdike
Faber & Faber (UK), Hachette (US), July 2021

Prior, the only superlative book on Nico was James Young’s Songs They Don’t Play on the Radio, an acid-tongued memoir of touring with the singer in the 1980s that depicted her in hilariously unflattering terms as a narcissistic junkie. This robustly researched bio succeeds in providing a more sober overview of the complex, tortured cult icon. Nico, born Christa Päffgen in 1938, was placed in a Nazi-run boarding school in her toddling period, after which she suffered extreme hunger in bomb-scorched Berlin, her playground a hellscape of bodies under rubble and vague memories of a father who fought on the wrong side. As in the vivid dystopian novels of J.G. Ballard—whose youth was partially spent in a Shanghai internment camp—this early experience of horror, decay, and rootlessness came to inform her lugubrious and challenging music several decades later.

Her strange voyage from über-blonde pin-up and peripheral star of La Dolce Vita to touring Eastern Europe with suicide music is stylishly explored in Bickerdike’s empathetic bio. Relying on her striking appearance to support her mother, Nico is increasingly used and spurned by her lovers (Alain Delon still refuses to acknowledge the son, Ari, that he had with Nico in the early 1960s), and has a series of strangely passionless romps with the likes of Bob Dylan, Jackson Browne, and Lou Reed. The swinging sixties is not a place for Nico to find stability. The era of free love, no attachments, or social boundaries leads predictably to her companionship with heroin for the next twenty years. Her 1970s are spent largely in an apartment with blacked-out walls with French auteur Philippe Garrel (who cast Nico in several avant-garde films).

Following her combative turn with the Velvet Underground, Nico spontaneously purchases a harmonium, the instrument on which she would compose songs for her whole career. In close collaboration with John Cale (most of Nico’s best work has Cale’s brilliant arrangements), she produced the seminal records The Marble Index, Desertshore, and The End, which represent the apex of her achievement—hauntingly bleak albums that resurrect spectres from the Dark Ages with the power of Dead Can Dance or Cocteau Twins. Tormented by her own beauty, she revelled in riddling her body with needle marks and rotting her teeth with heroin, rebelling steadfastly against the looks she had exploited in her early life, meeting the inevitable roar of misogyny heaped upon her by the music press.

Bickerdike, assisted by a cache of fresh interviews with Paul Morrissey, Iggy Pop, and Nico’s son Ari, vividly evokes the world of rock from the 1960s onwards, an infantile playground for damaged souls who had their nihilistic self-destruction cheered as some form of artistic transgression. Any listener to Desertshore will hear a childlike vulnerability mingled with the terror of the post-war chaos whence she was whelped. Bickerdike’s gracefully rendered portrait of an artist who on the surface may seem arch or unlikeable, shows Nico a lost child nomadically wandering an uncaring world searching for a home, nebulising her traumas into heroin and breathtaking music. In her later years, she found in Manchester the closest thing to a home—in one touching account, Nico befriends a local Manc who accepts her for the first time as a friend without any ulterior motives. The simplicity of this connection shows how venal and superficial the world Nico inhabited was, and how powerfully she fought to assert her identity as an artist. A scintillating work of candour, passion, and empathy, this is an essential read for the Nico-curious.

In 1987, novelist/journalist Alannah Hopkin and modernist titan Aidan Higgins settled into their home in the town of Kinsale on the southern coast of Ireland, having struck up their romance the winter before c/o the matchmaking skills of poet Derek Mahon. Their home at slight remove from the sea was to become their main residence for the rest of Higgins’s stint in this realm. Here, he completed one story collection, a book of travel pieces, one novel, a three-volume memoir on his childhood and life’s loves, and a short book on the perils of blindness. Hopkin, twenty-two years younger, chose to concentrate on journalism to help support them.

A lucid memoir of two writers with fierce personalities cohabiting, Hopkin presents an iridescent insight into the crankiness, kindliness, and candour of a writer whose fiction was a form of baroque autobiography, whether the loss of grandeur in Langrishe, Go Down (based on the Higgins clan’s sliding social status), the epic European sprawl of wanderlust in Balcony of Europe (informed by Higgins’s wide travels), or the epistolary exchange of love-missives in Bornholm Night-Ferry (drawn from his relationship with a Danish poet). Hopkin creates an intimate portrait of a writer prone to acidic outbursts (his comments on Hopkin’s own writing are a mix of helpful and offensive—she would publish no fiction until after his death), uninterested in modern culture (no TV in the house, niche musical tastes), a cool raconteur prone to social gaffes, and a mild-mannered and loving man content in his cocoon of literary eccentricity, frequently furious at the marginalisation of his talents by a predictably unreceptive public.

Higgins’s medical decline is a catalogue of calamities, from partial blindness, vascular dementia, self-harm episodes, various strokes, and breathing problems. Hopkin is upfront on her own exasperation at this terrifying period, at the frustration at the depth and time of the pain suffered and her own role as beleaguered nurse (he would receive round-the-clock care in a nursing home in his last three years), watching her husband deteriorate over a decade and a half. As a statement of independence as a writer, free to come into her own while penning a tribute to the curious genius who nurtured her fiction-writing chops, this is a superb memoir, a snapshot of the Irish illuminati (count the famous cameos) at the fag end of literature’s cultural status, an unsentimental peep at one verbivoracious man committed to the world within the word, free from fawning (Hopkin was never fond of his fiction, preferring the memoirs) and steeped in the lush landscape of rural Eire. An essential read for Irish lit enthusiasts from here to Malin Head. 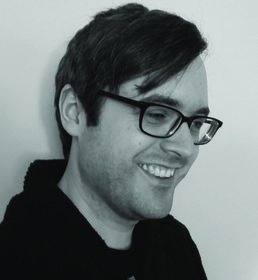