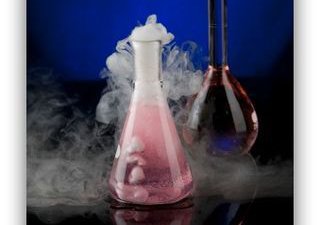 
In 2016, a team of dark meaning researchers embarked on a time-consuming and potentially life-consuming experiment to see if they could produce a quantity of 100% pure meaning in the DMRI’s secret underground liboratory1.

They took the biography of Stephen Moles as their prima materia and subjected it to an intense and prolonged literary-alchemical procedure in order to break down the surface details and cause its hidden properties to emerge.

Over the next two years, the biographical material passed through seven distinct stages, from calcination to coagulation, and eventually became the mysterious substance known as darkmethyltryptameaning, which has a number of paradoxical properties such as superintroreflectivity and apparently infinite importance along with utter incomprehensibility.

Although Stephen Moles donated his literal meaning for the experiment, leaving him in the unfortunate situation of no longer making any sense to anyone, and therefore able to look forward to only the most wretched kind of literary career, the resulting material was so refined that it contained no traces whatsoever of any personal significance.

This product was not some low-grade concoction tainted with the peculiarities of its producer, or a cheap, watery knockoff with about as much meaning in it as the average inkjet printer cartridge; this was pure sense, it was self-supporting symbolism, alive and fully conscious of its role as the substance of all stories and the antidote to insignificance.

The only thing that linked the pure meaning to the literally dead author2 who helped to produce it was the fact that it was later exhibited at an event in London which also saw the launch of the writer’s new book along with a surreal enactment of his erasure from the surface of Flatland.

It was on February 23rd 2018, in a psychiatric hospital near King’s Cross, that the darkmethyltryptameaning made its first ever public appearance. It was thought that the visitors needed to be protected from the dangerously high levels of paradoxicality given off by the substance just as much as the substance needed to be protected from them; therefore the entire time it was on show, the arcane solution was held in a small flask which was in turn housed in a larger glass dome. It was, however, quite easy for all members of the public who stood within close proximity of the “philosopher’s fluid” to feel its extraordinary effects.

The pure meaning’s sphere of influence is in fact thought to have extended beyond the walls of the hospital since there were reports from several local residents of a mysterious humming sound, which was accompanied, in one case, by the appearance of bright orbs in the sky. It was at close range, however, that the effects were most apparent, with some guests describing how the liquid seemed to move and sparkle in response to their voice or thoughts, and others explaining how they felt the gravity of the situation increase dramatically, to the point where they seemed to be at the centre of a huge black hole.

However fantastical it may seem to others, the experience of each individual is a true reflection of the subjectively objective reality of the darkmethyltryptameaning. Those who burst into tears at the sight of it, those who experienced fits of uncontrollable laughter in its presence, those who revered it and those who ridiculed it—all of them came equally close to an understanding of the most substantial substance known to man, and all were united in their differences.

Despite a whole host of positive experiences being registered by those present, a moment of disaster occurred sometime towards the end of the evening. While Stephen Moles was enacting his death for the patients and visitors inside St Pancras Hospital, someone snatched the glass container and ran off with the world’s only quantity of pure meaning. It is not known for certain who made away with the priceless exhibit but there are two obvious suspects, since on CCTV footage taken from outside the hospital a short while before the theft was discovered, a couple of men wearing satchels and long black leather coats could be seen darting out of the building and speeding off into the night on motorcycles.

It also remains a distinct possibility, in light of the uniqueness of the item, that it was stolen to order.

There are many possible uses for darkmethyltryptameaning, some of them favourable to humankind, others simply too dreadful to mention, but every possible application, whatever the intention of the experimenter, comes with a great deal of uncertainty and therefore also much danger.

Even those who have spent their entire lives researching meaning are still in the dark about the vast majority of its properties, so anyone who thinks they can mess around with it and not risk bringing about a cataclysmic event for humanity is, quite simply, a fool.

The Dark Meaning Research Institute is appealing for the return of this extremely dangerous material and is offering a reward of £10,000 to anyone who can provide information that leads to its recovery. You can email them confidentially via darkmeaningresearchinstitute@gmail.com or leave an anonymous note in the hollow of any oak tree in Great Britain and they will receive it in due course.

1 In all previous attempts by the DMRI and others, purity levels of no higher than 64% had ever been reached.

2 Literally dead in the sense that his literality had ceased to exist, which is both the most literal death possible and, paradoxically, a type of rebirth.

Stephen Moles's latest book (of which Pure Meaning is an excerpt) is Your Dark Meaning, Mouse (Sagging Meniscus, Nov. 2021). 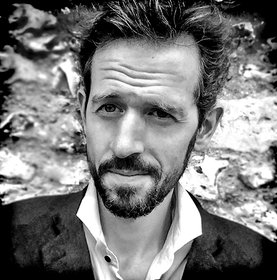 Stephen Moles, founder of the Dark Meaning Research Institute, regularly carries out undercover literary assignments aimed at bringing about the linguistic singularity for the benefit of society. His books include Your Dark Meaning, Mouse (2021), All the World's a Simulation (2018), The Most Wretched Thing Imaginable (2016) and Paul is Dead (2015).