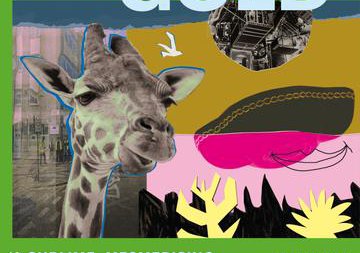 As with Waidner’s previous novels Gaudy Bauble and We Are Made Of Diamond Stuff, the setting of Sterling Karat Gold is modern Britain, and we are given physical co-ordinates of where to find the streets and tower blocks where the action is occurring. This grid is no more based in conventional realism than the picture-boxes of a graphic novel provide the structure of linear narrative. The universe of these books is like that of the graphic novel, with fantastic transformations occurring at the edges of sharply-rendered, embodied emotions and reaction moments. The register slides quickly and without warning from comic to absurd to factual and meditative.

There could be room for illustrations in these books, as there were in Ann Quin’s final novel Tripticks, or in some of Jeff Nuttall’s works. That earlier tradition of “experimental” fiction was acknowledged briefly in Diamond Stuff, but it has little direct influence here, neither in the style nor in the identities of the narrators. When these characters get to speak, they are “clear” and “forthright” as any “normal” person; they simply do not often get the opportunity to connect outside the worlds they are held in. The one direct “literary” source is from parts of Kafka’s Trial, acknowledged in the text. Kafka’s characters, when located in modern buildings, are usually the well-to-do, surprised to find themselves brought down and demoralised by the bureaucratic underworld they usually existed above and apart from. These characters have been caught in its meshes their entire lives, lives punctuated by documents and interviews and interrogations, identities always on trial.

The theme running through these stories is “representation”, in all its senses. The sense of political representation and being spoken for or advocated by lawyers or activists; the sense of portrayal in art and popular culture, through stereotypes and conventional motifs whose significance can be lost in time; the formal representations in Google streetmaps, linking frozen, obfuscated moments with the formal cartography of Ordnance Survey; the use and reuse of artefacts and replicas as imitations. Images can become rebellious and activated without an observer, and act outside of their creators’ intentions. Elaborate images can also stand in symbolically for cruder realities, reversing the usual direction of satire. Twice in this book, street confrontations are presented as bullfights. The staged, ritualised slaughter of a beast undangerous until driven by provocation, is bringing out the meaning of harassment as a ritual against lone members of minorities. Bullfights are not “literally” occurring in the streets of Camden. The reality of those scenes is their emotional atmosphere, rendered through the diagram of the violence. The repetition is the repetition of the cycle of abuse and aggression. A judge is “a tall, blue-bodied frog, spindly, with the head of a fledgling bird”—possibly a play on the old Cockney slang “up before the Beak”.

In the loop of re-enactments, style can be a mark of resistance and signal of identity, which can also mystify even its familiars:

Having dropped Chachki off at their block, I continue walking up Delancey towards mine, and the exact same person, Chachki, or so it seems, who I dropped off seconds ago, is now walking towards me, talking and gesticulating with urgency. Not only is this Chachki, so-called, positioned impossibly in relation to where I just left them, they are dressed in an outfit entirely unfamiliar to me, namely a too-tight, cheap-looking, two-tone polyester two-piece, second-hand-car-dealer-style, and tassel loafers, which arguably counts as a look, somewhere, New Jersey. They’ve got their hair sleeked into a centre-parting, and, unfairly, are showcasing a neatly clipped pencil moustache, the likes of which I’ve been trying to grow for a decade but haven’t been able to, and, more to the point, doesn’t exist above Chachki’s upper lip either, or it didn’t seconds ago, and, what’s the smell, is that eau de cologne?

There is a happy ending, or at least a denouement, and dissenting voices can be heard in its audience. The characters act as themselves. 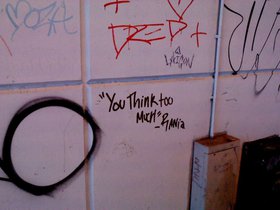