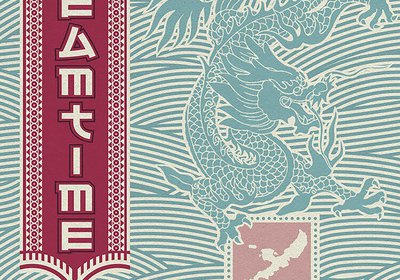 he climate crisis is bad news for the biosphere, but a boom time for novelists. From Margaret Atwood’s Maddaddam trilogy to John Lanchester’s The Wall, via Claire Vaye Watkins’s Gold, Fame, Citrus and—the apocalyptic OG himself—Cormac McCarthy’s The Road, writers have wrestled with what it means to be a human, now, as borders shrinkwrap, species croak and the world gets a whole lot stormier.

Venetia Welby’s Dreamtime is the latest book to join this conga-line of doom. Her second novel, it is set in the near-future, when our weather systems are comprehensively cracked but life continues resolutely broiling on. It’s 2035: islands are drowning, climate refugees are everywhere, the seas are toxic (eating fish is now banned) and a commercial flying ban is coming soon. (The pandemic-inflected circumstances of the novel’s composition are teased by this travel ban and a late appearance of an infectious disease, but otherwise wisely kept as an ambient buzz.) Yet some things never change: the diplomatic peacocking of the USA and China continues, and the Pacific islands are the frontline of this not-so-cold war. And everyone is still hooked to their devices, which now come with full VR smell-o-vision.

Dreamtime centres on a young woman, Sol, and a young man, Kit, who embark on a journey to Japan and its Pacific islands to find Sol’s missing father: a GI who abandoned her at birth. She is gorgeous, vivacious, adventurous and an addict: of booze, pills, emotional drama and inappropriate older men. He is her best friend since childhood: retiring, timid and self-conscious—but fierce in his loyalty and unrequited lust for his bright, burning soulmate. The novel’s perspective slaloms between Sol and Kit and, in some ways, despite the doomy set-dressing, the vibe is quite When Harry Met Sally—they bicker, they make up, they run off with other people to stoke each other’s jealousy. It’s classic Richard Curtis, with more radioactive spider crabs.

Despite its brisk pacing and snappy length, there’s a lot going on in Dreamtime. Alongside Kit and Sol’s will-they-won’t-they dance and the-hell-and-high-water climate catastrophe, we learn about the pair’s tempestuous backstory. They grew up in a cult in the Arizona desert called Dreamtime, led by a technophobic messiah—aren’t they all?—called Phoenix, with Charles Manson stylings. Alongside this, as Kit and Sol move deeper into Japan’s folkloric heart, a supernatural element comes increasingly into play. “You have to be careful in Japan,” one islander warns them. “It’s not like other places. Strange things happen here.” Later, this is spelled out more baldly: “[Japan is] a liminal place . . . a place of cracks; anything can enter.”

Welby has taught in Japan and the Ryūkyū Islands, with their distinctive language, culture and identity, and her familiarity with its mythology and beliefs—so alien and unsettling to our Hansel-and-Gretel ears—convinces. A prowling strangeness stalks through the latter half of the novel; it hums and jitters, leaving an electric taste in your mouth. The suggestion that the uncanny weather is giving license for this otherworldliness to creep in is neatly done, too. It’s a theme tackled elsewhere, in China Miéville’s weird fiction, for instance, and in Amita Ghosh’s The Great Derangement, but it’s a treat to see it handled with such gamine authority by Welby. I also enjoyed the notion, largely teased rather than made explicit, that these ghosts, ghouls and shape-shifting demons are taking revenge for America’s contemptuous mishandling of the region. As one character says of Okinawa: “Weird is standard. Terrible things have happened on this island and so maybe it’s like our history is alive in the present.”

Less convincing, however, are the central pair of Kit and Sol. Though we spend a lot of time in their company, they never truly come to feel like flesh-and-blood beings. Sol’s all-consuming search for her lost father, while acknowledged as irresponsible and selfish, increasingly comes to feel like just another excuse to tear off to a more remote and dangerous island. And while Kit’s desire for her is frequently dwelt upon, I wasn’t swayed that this otherwise sensible and grounded chap would continue to rally around the flag of someone who treats him so shittily. Much of the novel’s development is interior, taking place in the character’s heads. This leads to some nice writing—Kit on Sol: “She is a language he has learned since infancy but he’ll always find the grammar fully incomprehensible”—but means that, even by the end, their relationship feels like it could be deeper. I wanted to see it shaken out and beaten like an old carpet: given a good thrashing through some verbal sparring.

Likewise, some of the world-building feels a little on-the-nose. “They have come to accept inertia and stasis in the face of climatic catastrophe and the insatiable seas,” one passage begins. Another: “It felt as if aviation itself were reversing its path, humanity folding its creation back into itself, like a mother gathering up her children as she prepares for the end.” These moments feel strenuous, I think, because to a large extent it’s a story we know already: a quick scroll of any newspaper website accurately gives the make, model and wheel radius of the handcart we’re currently going to hell in. Yet when the writing eases off, it triumphs. “Oceans advance; nations recede” are perhaps the most economic—and chilling—four words in the novel.

Still, Welby’s vision of our cobbled-together future—lives lost to the glamour of screens while civilisation corrodes—has an energy and charm of its own. Her descriptions of an earthquake-cracked Tokyo carry the noodley whiff and steamy press of Blade Runner’s neon-washed landscapes. And the hopelessly hybridised culture of Okinawa, where the stars and stripes jostles with local animist shrines, pulses with colour. It even left me with a hankering for “taco rice”, a dish as bastardised as its Tex Mex via Tokyo roots.

Dreamtime is burly with ambition. Mashing together romance, eco-speculation, addiction and the supernatural is a brave sell; and while, perhaps inevitably, some elements sit more easily than others, it’s a short novel heavy with big ideas. It is most successful, though, when Welby pauses, breathes deep and cocks an ear: even in the tempest, the still, small voice carries furthest. 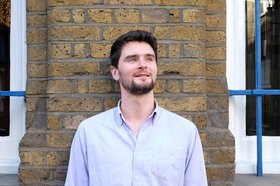 Alex Diggins works for The Telegraph's arts desk. His essays, features, and reviews appear in, among others, The Times, TLS, The Economist, and The Spectator.