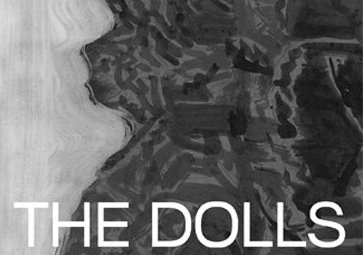 he epigraph to Ursula Scavenius’ collection reads: “I’ll tell the story, even if no one is listening.” It’s also the opening line of her story ‘Notpla’s House’ and a stark establishing of the world she writes from; contrary, apathetic, disconnected.

It is this disconnect that propels her fiction, fashioning it as if from the magnetic repulsions and attractions of the sentences to each other. It is a poetry of joinings and intersections.

Sometimes the disconnect occurs across sentences, like this one from the title story: “Father hums. He has never looked happier. I hand him a spoon larger than the one in his hand and he starts tapping my metal shin. It’s rusty. Then Mother and Father stand up and clear the table.”

Sometimes the mismatch is within a sentence, asthis from ‘Compartment’ when Anna, the protagonist, tries to wake her sleeping brothers: “Your fingers are getting so thin.”

The incongruities shift her stories away from the convention of escalating event and climax, using tone instead to create the contractions of an increasingly claustrophobic world.

And so naturally, the connections she does make feel almost like clumsy parodies, maybe it seems, because no one is listening. This from a family eating as they listen to music: “The violin bows gnaw at the strings the same way we gnaw at chicken bones.”

It is a weird simile, like one found growing in a post-literary landscape.

The reader gets the impression Scavenius’ writing is a repudiation of contemporary conventional storytelling for, considered next to her pieces, most other people’s stories feel short-sighted, anaesthetic, a Disneyfying of the world we live in. Her stories are instead a response to the violence and repression that serves our privileges, a literature moulded like a plaster cast to the shape of horror.

Her refusal to write a ‘normal’ narrative seems initially like a speechlessness, a cringing from narration itself, doubting its possibility even, as if her pieces doubt the goodness and heart necessary to form a story.

However, as we learn more and more how to read her, we see an alternative, subversive mode of story forming: as each sentence follows another, our understanding of the world is strengthened or, more often, undermined. Which gives us the sense that above all other narrative considerations, the moment is sovereign. It demands more than is fair or equable. It can override, endanger or even destroy what has come before, although sometimes–conversely, preciously–it can augment and enrich.

Where a lesser writer might show us to ourselves with the clanking machinery of polemic, Scavenius’ greater skill is to make something all too familiar from such defamiliarization, creating an art from a despotic language.

Which makes describing the stories a curious endeavour, for in a Scavenius story the plot is only what happens; it isn’t fully what the story is about.

The collection opens with the title story. Agnes, the narrator lives with her mother and father and sister. Last year they found children’s bodies at the bottom of their well, which was when Agnes’ leg first went lame and her sister elected to live in their cellar below them. Beyond their house is the Centre from which a shifting music comes.

And then there are the piles of dolls, a sack of gold teeth, the bus that is only ever full in one direction, empty the other; the Centre has the marks of a concentration camp. But people are stupid, father especially. He builds a wall to keep out the music. We need to defend ourselves, he says.

At over fifty pages it is a long short story, its relentlessness a necessary part of its conjuring of oppression.

The second story is ‘To Russia; Ermelunden Forest, 1888.’ In this, the male narrator leaves his village, his wife and son, aiming to walk to Russia, where he feels he might belong. Although, on the way, he finds his old childhood home, and stays with the spinster there, his sister grown-up, though she fails to recognise him. He finds out his village has pronounced him dead and he climbs a tree to watch his funeral, the experience of which gives him greater determination to go to Russia.

In this story, more than a mere solipsism, Scavenius’ exposes the unconnectedness within our very existence, our failure to relate even to our own lives.

And despite life and therefore narrative being more muted than we had hoped, this story works surprisingly well, its closing section brilliant in the way it multiplies the story, in a single line re-framing and re-telling the events anew, ushering us out from within the lone perspective in which we’d been imprisoned.

‘Notpla’s House’ echoes again the urge to return to a childhood home, though, of course told by Scavenius, it overshoots, goes beyond where it should.

Notpla is a father-figure of sorts, his house a refuge against “something barbaric.” Although, when the narrator comes back, she brings the threat of the adult world with her. Is she the threat she seeks to escape? Is Notpla the local murderer?

In its oddity, its violence, its sly humour, the dreaminess here unfurls a full and satisfying tale.

The opening of the final story, ‘Compartment’ comes as a surprise; adapted from her own play, it is made of slightly different material to the others. In this, unexpectedly, the narrator ‘sets the scene’, helps us out with exposition. She is on a train with her two brothers on the way through Europe to Hungary. Her mother had been with them but has died on the way, although she is in the compartment with them still, in the coffin their feet rest on.

Scavenius has contrived a compelling dramatic scene and so, as opposed to ‘The Dolls’–which was so fractured it resisted narrative flow–here the reader feels the tug of a story, which is welcome in a probably bourgeois kind of way, its ending even striking a hopeful note (“we alter the story around us,”) despite the narrator’s horrific interpretation of this.

The book is brilliantly translated by Jennifer Russell, evoking the stark tone with great sensitivity, language like a dilute wash of watercolour exposing the terrifying images and themes underneath–so integral that, emerging from Scavenius’ world, we recognise the cruelty and threat and bewilderment as not only the domain of the world she’s writing from, but also a powerful and poetic compression of where we live.

Tom Conaghan is a Pushcart-nominated short story writer. He has had reviews in the LA Review of Books, the Brixton Review of Books, Review 31 and Wasafiri. He has been selected as an Emerging Writer 2021/22 at the London Library and is at work on a novel about an eighteenth-century imposter.