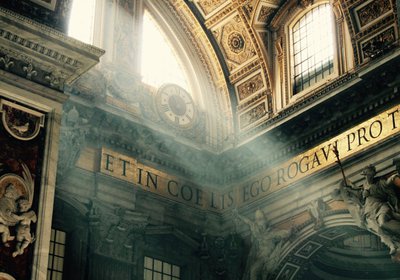 
I bought the coat second hand, on a whim,
because I wanted to look like I belonged
in Paris, and my down jacket marked me
out as other—most likely American.
It was February and all the winter coats
in the thrift store were 50% off. The one
I chose was tan—an overcoat with narrow
lapels and few buttons, designed for style,
not warmth. In Paris, it's all about style,
and because freezes are rare, that works
out fine. I became one with the crowds
in the Place, at the farmers market, the wine
shop, the bakery. Anonymity was mine—
more or less—as long as I kept mum.

I had wanted Paris to change me—or teach
me how to change—but the virus was all
of a sudden everywhere, and I left much
sooner than planned, and in haste. There was
no space in my bags for the coat. A bench
in the Place would have been a good spot
to leave it in summer, but it was March
and always raining. I didn't want the coat
to be ruined. I wanted it to be of service
to someone else—someone in need. I didn't
know where to find a homeless shelter,
and with my poor French, I feared being
misconstrued by the ragged woman who
looked like she could have used a good coat.

The safe disposition of my coat obsessed
me throughout my last few days. I drank
the good bottles of wine I'd been saving
for guests. I flushed out the tricky drains
and washed all the linens, hanging them
to dry in stages so that the studio felt
like a small sailing craft flying pink
canvas, then flowered, leaning this way
and that in the winds of the 7ème étage—
I could see the Eiffel Tower's top all the
way on the other side of Paris, that's how
high I was. At night the Tower's lighthouse
beam circled the city without cease, reaching
me over and over, each flash a tap of grace.

On the evening before my flight, I slipped
into the church to say goodbye. I'm not
Catholic—or anything other than devoutly
thoughtful—but I had attended Christmas
mass, and listened to quite a few weekday
organ numbers, and the church had come
to be for me a soothing mystery. Like always,
I sat in the last pew, wrapped my arms around
myself, and closed my eyes. Two French women
several pews ahead were discussing the news—
there was a scandal and a death. Both had the
evening baguette in their shoulder bags, and one
had a bunch of leeks whose pale heads peeked
over the back of the pew whenever she gesticulated.

I was remembering how it had been too cold
in the church on Christmas to take off my
coat—the down one—when the solution hit me:
I shrugged out of my French coat and folded
it neatly on the seat. The chill flowed around
me like water. In the dimness, they were
the same color—the wood and the wool.
This was Friday. On Sunday morning, someone
would find it. By then, if all went well, I would
be home in the U.S.A. In Paris, after early mass,
a believer would gingerly carry my coat up to
the priest, who might ask a few questions, check
the pockets, scan with tired eyes the emptiness
for someone still looking for something. 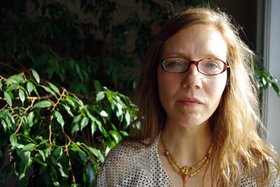 Anne Pierson Wiese's poetry collection, Floating City (Louisiana State University Press) received the Academy of American Poets Walt Whitman Award. She has received the Amy Lowell Traveling Scholarship, fellowships from the New York Foundation for the Arts and the South Dakota Arts Council, and a Discovery/The Nation Poetry Prize. Her work has appeared in The New England Review, Raritan, The Hudson Review, Ploughshares, The Antioch Review, The Southern Review, Nimrod, Prairie Schooner, and The Nation, among others.