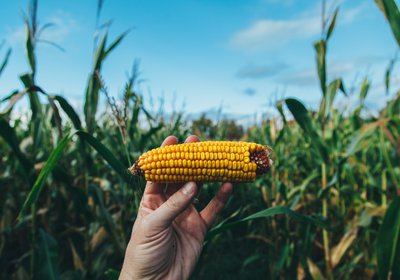 “…according to the apocryphal Acts of Simon and Judas, he was martyred by being cut in half with a saw…”
—“Saint Simon the Apostle,” Britannica

Why so grave, Lady Hades?
Your one foot in the land of the
living, the press of your leather
sandal-sole against the shoots
of new dandelions who after all
had nothing to do with this,
wanted only to follow the call of
their biochemical game of Simon Says.
He says: “Be green; seek nitrogen; try not to turn into wine.”
You say: “Leave Simon out of this,” as if
the “half-man, half-same man, but over there”
of it all, the 50-50 fate of this
unwitting magician’s assistant, was
too close to call homework. Sunday school.
But what do I know? I’m just a Greek chorus-line
down the middle of the year. You’re
looking at sheep free and sheared
on a hillside greener than jealous Death
in his den of old grudges and bad
smells, his dog that makes you think of the Trinity.
I hazard a guess while we’ve got you here.
Next time the world cracks open with
all the cold smoke and wailing the old
man’s so proud of, the wolf in him
worse than the tripledog’s, you’ll tap
the fruits of dandelions six months
stewing in your mind. “Hey,”
you’ll tell him. “You didn’t say Simon says.”

I’m live as a crawdad in a burning land,
which is to say not very, not much,
not since my pinchers fumbled on the orthagons
and tenured sommeliers of knowledge punched
me in the glut. They want me to buy a
book by Euclid Junior, do special math
that lets tended rates stay up.
I don’t fucking get it at all.
The world is on fire and it has a cold.
Smell of wet weed on night sidestreets,
crossfaders shooting their beams out of basements
or purple-lit topfloors of stuccoed multisuites.
Suites for the sweet. I’m the reason the
lights ping in alleys, people wait to get out
of their cars. I am a moving human
form. But enough about me. The world
is sick and the sky is well.
It sleeps on a bed of jewels.
It passes over, tourist Dante photographing Hell.
Back down here – what? It’s not a bed;
it’s hills some assholes filled with dickheads,
each one hunched at desk in waxy light.
Some jewels. So I keep moving,
dragging my itching shell across wet walks –
perfume swirling from the microcosmos,
falling rates like leaves in the dead rocks.

No ways or means or joints to anything.
Mist down the road in the dark.
Lights other side of it smudged like glass buttered,
the blue bands and red bands of gas on cold cathode
from doorframes and windows say “Open,”
say “Shoe Repair,” say “We Cut Keys”
and they do, I have seen them,
they cut them like me and my shadow,
the left hand knows what the right is
undoing, the wheel bites the metal,
it screams like a rat in a particle accelerator,
and now your brother-in-law can water your plants,
drive down your road in the mist with a song
on the radio, claim not to know they are cutting
us underground, steel dust spraying from
me and my shadow, blue bands and red bands
but never in all this shuttered gas the hint of a way or a means.

Mister Fair-Isle smiles on the barrow-wights,
knits bones that aren’t even his in a sunlight
of hideous terpenes, picks thrones on the basis
of insidious theories lent him by Mistress Foul-Hour
whiling away the time between screams out
her window at anyone who needed a visa to
be here (and some people who didn’t). They
love each other. Once they tortured a horse for fun.
By the end of this poem you hope they’ll
be punished and so do I but they run
everything including this poem’s judicial system
and Mister Fair-Isle maintains a collection of
enormous guns. He dances in the
meadows with an angel’s feet. He
dances on an open grave. He wrote
the book that tells you how to behave.

Miss A Priori, Miss Fairy Story,
Miss Bore-Holes in a Monument
on the Ocean Floor, Miss Eels
in the Hollow Sockets of a Bronze
Poseidon, Miss Devices for the Capture
of Enemy Souls, Miss Cottage
Industry, Miss Proletarianization,
Miss Outbreaks of Luddism in Rural
Areas, Miss Depopulation of Rural Areas,
Miss Milltown and Company Scrip,
Miss Discovery of Neptune, Miss Rediscovery
of Poseidon, Miss Weighing and Measuring
of Bronze Poseidon and Huge Gas Neptune,
Miss Prayers to Poseidon and Neptune,
Miss Flailing in the Waves of a Ruined Coast,
Miss All Unmarried Bachelors Dance in the
Lagoon, Miss Taken by the Fairies to a Forest
of Eels, and Miss Rescued by Norman Bethune

The Colour of Money

in the crumbling feet of dead snowmen
kicking themselves for not outrunning the
sight of the Lord – grim with winter
but able anyway to zip molecules
down the middle like cheap windbreakers,
fillet the bonds of rolled snowflakes
with knives of light. The Lord loves
rending shit asunder. It’s kind of
his thing. He’s calling his shots
like svelte young Tom in the poolhall,
promising galaxies swallowed by black
holes as easy as left corner pocket the
two ball. Paul Newman watching with
sport coat on shoulder – attaboy. Fall,
human, to your crumbling knees. Matter,
void, it’s all the same to hymn.
So put down that corn cob a second –
he wants to make sure you say “please.” 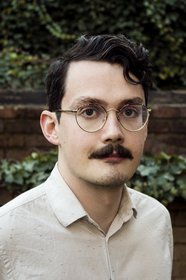