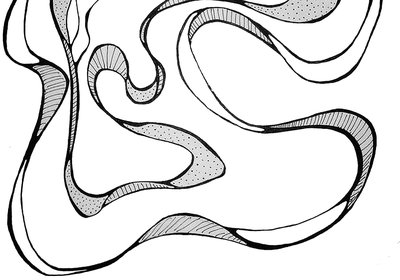 Kings of the Wild Frontier

hey are telling you, Be natural. They point a camera at your face and say, Be yourself.

You’re not running after a bus.

But all you can think of is a song by George Michael. A club. Where drinks are free. Cocktails with far much too fruit in them. Orange twizzler sticks. You don’t want this song. But the song definitely wants you.

Your dressers are bricking it. The sleeve on your jacket literally fell off during rehearsals. They’re squatting on the floor, pins in their mouths as they sew it back on. The art director is pacing up and down. This kid, called Angelo, doesn’t have shoulders, it seems.

Just find me someone who has, he says.

They give you Angelo’s outfit.

You’re getting twenty thousand francs for this. The accountants were in earlier, stuffing envelopes with wads of 500 franc notes. You walked past their booth earlier. The notes are yellow, with the face of the thinker Pascal, who said it’s best to wager on God existing, rather than not, because if you bet on his non-existence, what do you end up with?

You’ll get the envelope when this is all over.

There are seven hundred guests out there. This is in a wing of the Louvre, the floors are marble, the ceiling forty feet up depicts pink fleshy celestial creatures in flight. In the wing adjacent, people are looking at the Mona Lisa. It’s so small you might as well be looking at a postage stamp, some complain. They stand beside it, and take snaps of themselves.

This guy at the partition has a headset. He crosses out Angelo’s name on a list fixed to a clipboard. Your name goes there instead. He looks through a hole in the partition, and starts to count off. Out there in the hall, the main lights dim. The audience is in shadow, hushes. On the loudspeaker system, a voice, le défilé va commencer. Headset man points at the Hifi system on a table. A scraggy youth nods, inserts a cassette, presses play. You hear a persistent thudding bass beat. After each beat, a snare, eight to the bar, too fast to walk to, too slow if you take a step every four beats.

Some of the lads behind start jerking to it.

The headset man raises his hand, and then says, Go.

You head off around the partition and there it is, a runway fifty yards long, three yards wide, a wooden jetty that carpenters assembled earlier that morning, a platform of zigzagging struts, with panels on top, laid over with black felt, stapled in.

A little earlier, one of the lads actually got so wrapped up, he walked straight off the edge. He landed fine, and everyone had a giggle. It was Angelo. It was this accident that drew attention to his shoulders, it would seem. He won’t be getting an envelope with twenty Pascals in it very soon. He left the dressing rooms, weeping, like there was no God.

Now a synthesizer is producing two squirts and two bleeps, a sequence that goes C G E flat High C, in four time, round and round. Is there also the sound of a kazoo? But more importantly how do you walk when seven hundred people are watching? Nothing simpler, according to the ancients. One foot in front of the other. But you’re not singing anything, you’ve got no lines to orate, and they, the audience, have nothing better to do either. All you’ve got is your legs, your arms, clad in top range ready to wear, the fruit of the designer’s labours.

The designer, you just met him. And he looks a bit sick. Perhaps he’s nervous. He’s tiny as well. He smoothed the lapels on your jacket. He’s got a pencil moustache, and striped balloon pants. He’s surrounded by sharp eyed women, much taller than he, much healthier looking.

The women looked at you with Not Now eyes.

You put your left foot forward, no, your right, as camera flashes explode in your face. Shutters clicking, automatic wind on mechanisms engaged, a tchuka tchuka like a threshing machine. And everywhere a flittering of light, like a swarm of bats, much of this concentrated at the end of the walk, where photographers, on a doddery, improvised pyramid consisting of stepladders, upended boxes, footstools, compete for space and a clean shot. Other photographers squat at the edge of the walk. They are calling out.

In general they are in utilitarian attire, of jeans and teeshirt, often they have bedraggled shoulder length hair, and somewhat sunken eyes set in grey skin, of the darkroom. They do a lot of shows, and, it would seem, parties too, and weed, definitely weed. Beyond them, the august fashion audience, in stark contrast, is sitting still as senators during the reading of new laws, their polished, affluent, acute faces taking it all in. They are magazine editors, buyers from the great department stores, their assistants and dependents. Spies from rival houses do lightning sketches of the jacket you wear. An art house actor is seated beside the fashion editor of the New York Times, who has a degree in Classical History from Yale. It’s sort of a gentry, here ostensibly to look at clothes, but underlying it all, to look at themselves and their place in the universe.

The New Times editor writes : German, in her notebook.

It’s a warm day in Paris, and all these bodies, in great promiscuity elbow to elbow, are generating heat. They’ve put the press releases to good use, by crimping them, and are fanning themselves.

But right now, the following question : If you put your right foot forward, is it the right arm that swings, or the left? You are no longer altogether sure. Now left foot, which arm now, does it go forward or back? The end of the runway is looming up, even if technically it’s at your feet. The photographers are imminent. Your mouth is so dry. You’re made of glass and wood at the same time. Glass, because they, all of them, are looking into your naked soul. Your left arm has bumped off your hip like a dead log.

It’s rather like riding a bike down a steep hill, all this, doing maybe thirty miles an hour and all of a sudden you think, I’m doing this, and with that thought, you’re no longer with the bike, and then the bike wobbles, buckles under you for a second, if you’re lucky.

Your body is this bike.

You pull up the brakes, and turn around.

Out of the batblue penumbra comes a noise, first a low rattle, of stones dragging under water — applause.

You set your shoulders, you’ve definitely got shoulders, at the sight of ten other models bearing down on you. They are continentals, French, Italian, Spanish boys, dark haired. They look polished, almost excessively so, almost indistinguishable one from the other. But they look a lot more onto the game. That this whole business of being on show, like prize horses, is all they’ve ever thought of doing.

You need to follow their cue, learn to set your face their way, assume that expression of aggrieved dignity, narrowed eyes.

But that’s when Burt comes along.

Burt’s an American. And he is all so beautiful. His hair is the colour of angels. His skin, gold. A child of the Great Plains, he’s got these eyes, so pale, they’re sightless. It’s insane how men and women skip and giggle around him. He doesn’t seem to notice. Out he comes, and with every step on the walk, he detonates erogenous zones in the men and women seated in the front rows. You don’t need to desire Burt.

The applause is now like a ceiling cracking up and collapsing.

And you realise that you’re the warm up act. A pace maker. Setting a mood.

Perhaps that’s what they mean by natural, you think, it’s being the same. You put out your right foot, swing your right arm, that’s wrong, but just keep going, lofted on by the applause, for Burt.

But this isn’t the end of it.

Burt or not you haven’t had your last word.

Behind the partition, you run along a line of models queueing up, waiting their turn to erupt, parachute jumpers at the bay door. The guy with the headset is already calling your name, but with the accent on the wrong syllable. The dressers haul you to the clothes rack like security escorting the president to the kitchens following an assassination attempt. You kick off your shoes, they pull off your trousers, your shirt comes off over your head, another one goes over it. The dresser’s fingers are trembling. She can’t get the button to slip into the hole. Your name is called again. A jacket, it’s ever so light, Egyptian linen. Angelo’s jacket. You catch yourself in the mirror, and you really don’t look like yourself.

There was once this TV show. Mister Benn. In England. Mister Benn works in the stock exchange, but in every episode he goes into this musty old costume shop, tended to by a grinning old man from the Near Orient, who wears a fez. He gives Mister Benn an outfit to wear, that of a sheriff in the new American territories, or a spacesuit, and according to the outfit, he has new adventures, with an Apache chief, or the natives of the Moon. What adventures will this linen suit obtain ? A hairdresser, on tiptoe, drags a comb backwards across your skull. Wait! says the headset man, as the chimes of the synthesizer cascade, turning and turning.

What you get is instant fame.

The synth music keeps churning, the aural equivalent of pentagons and rhomboids, a cascade of cubes and cones, that are the mirror of all these industrial processes that have made this event possible, the cotton harvests, the spinning and weaving of wool, all these machines in workshops shunting and clanking to produce the fabrics that keep the body warm.

The sun has gone down. Through a giant window, the Eiffel Tower to the south west across the river is sending out laser beams. Along its banks, ornate bone white houses with black roofs. The giant lime trees and poplars along the banks, are still in full leaf. Though the heatwaves of August have knackered them. They’re ready for the drop.

There’s an old lady in the audience, in a silk caftan, a turban on her head. She nods and smiles at you, the ghost of your dead grandmother.

The designer appears on the top of the runway, frail and bug eyed. He is holding Burt’s hand.

And now he’s coming for you. He takes your hand, raises it, yours and Burt’s. He bows, lets go, walks off.

The audience cheers. There are actually people whooping.

The continental models file back up the runway and disappear behind the partition.

You’re just left there with Burt.

Burt looks at you with his sapphire sightless eyes.

For some reason you have triumphed, while the old lady in her chair laughs. 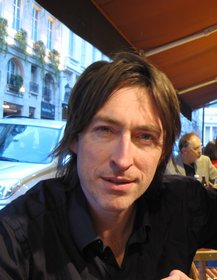 Gerry Feehily is an Irish writer living in Paris.