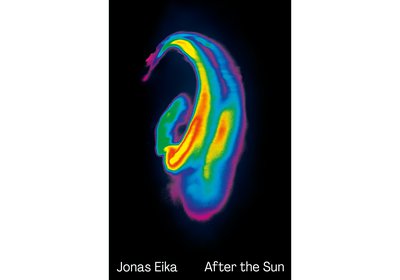 'A Hole in Every Boy': Jonas Eika's After the Sun

onas Eika is the youngest ever winner of the Nordic Council Literature Prize and its most outspoken. His eloquent attack on the Danish prime minister, Mette Frederiksen, who was in the audience at the award ceremony, went viral. Since his novel Marie House Warehouse debuted in 2015, Eika has won every major prize in Denmark. After the Sun, a collection of four extended short stories, has been translated with sensitive musicality for the UK and US–who arguably stand to benefit more from his message: that inequality diminishes us all.

Ground down by the transactional thrust of late capitalism, Eika’s characters rise through unearthly ritual: the dance of the unconscious, as those oppressed seek the uncanny, seek to transcend their surroundings and access their desires in a post-god world. By no means the least weird of these rituals is that of two men scanning futures derivatives on a laptop in bed, the act of which successfully removes the protagonist of ‘Alvin’ from his new bodily location: ‘I felt at home, and had completely forgotten that we were in Romania.’

Alienation is central, and expressed in language that has a psychic, prophetic beauty. Characters are removed from themselves, crazed by feelings they don’t understand, that can’t be heard in the world as it is. A Cancun tourist, exploited in turn by those she exploits laments, ‘every time you’re reminded of what happened, it feels like somebody else’s bad feelings, but you’re the one who has to feel them, you can never leave your body all the way.’ Yet this distance from one’s own flesh is what Antonio of ‘Rachel, Nevada’ must achieve in order to perform the gruesome operation involved in becoming the machine. Sadness descends physically: ‘a big, greywhite feeling, and at its edge hovered a dark object that I couldn’t grasp,’ in ‘Alvin’; in ‘Bad Mexican Dog’ as a beach boy walks away from an abusive tourist he finds that ‘the cold has crept into my back, which she can’t see, and turned into a hole inside me.’ Later, he understands that ‘there’s a hole in every boy’–like the Dane’s sensation of ‘dark matter contracting into itself’, like the ‘dark and clear metallic dissonance’ of the screaming desert machine, like the ‘hunger and numbness’ after the high in ‘Rory, Aurora and me.’

If that is the black void in us all, Eika’s fiction suggests where the light may creep in, in our unintended tender moments where we reach each other, despite it all. In ‘Alvin’, the protagonist is assailed by feelings of joy lying next to the trader. In ‘Rory, Aurora and Me’ the threesome simulates family life: a homeless young girl is Rory and Aurora’s surrogate child (with whom they have sex); Rory, cleans tidies and makes soup (with stolen vegetables) while ‘Mum’ goes to work (selling drugs by the church gate to rehab inmates). In ‘Bad Mexican Dog’, a beach boy, Manu, seems to have, ‘crustaceans and mottled fish swimming around in the shell of his pelvis, in the light blue ocean lapping against his pubic bone.’ In the boys’ rituals, such mystical sea power becomes capable of restoring even life: ‘I can’t separate my own voice from the others’ assholes from the hole deeper inside me where the pain and foreign blood run down hollow parasol shafts soaking the sandy soil below the basin.’ A kind of magic rises, an orange light that traces through the stories, the feeling that all this must lead to a new dawn, a new way of living.

Each perfectly crafted story takes us down the rabbit hole from hyperrealism to surrealism. Which better expresses our reality? Our relationship with the incorporeal is increasingly complicated, as symbolised by the bank in ‘Alvin’–somehow still functioning, even as rubble. The derivatives trading feels as ‘fictional’ to the protagonist as the flight to Copenhagen, yet the effect of both is physically real. In ‘Rachel, Nevada’ Eika draws direct attention to this paradox as Antonio considers the ‘demeaning form of consolation’ of calling his dead daughters’ voicemails: ‘at once so unreal in the breathless telephone receiver and corporeal with the sounds of their moving tongues and mouths, amplified by the microphone’s compressor.’ This is our reality today as we live online, merge with machines and bank on ether. There are invisible forces controlling our behaviour, leaving us removed from our own souls.

In The Spirit Level: Why Equality is Better for Everyone Richard Wilkinson and Kate Pickett ask: ‘How is it that we have created so much mental and emotional suffering despite levels of wealth and comfort unprecedented in human history?’ In After the Sun Eika explores this question with urgency, seeing deep into the damage to the human psyche, flinging its most secret, desperate longings to the stars and becoming his own alien mouthpiece for humanity’s continuous scream. 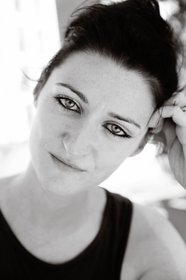 Venetia Welby’s new novel Dreamtime is out in September with Salt. Twitter: @venwelby