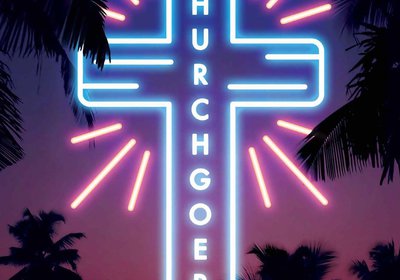 t’s the early 2000s in San Diego, and Mark Haines is a broken man, a man whose present exists in stark contrast with his past life as a beloved evangelical pastor who abandoned his faith and his family. Now, Mark surfs and works night-time security at an industrial park, “protect[ing] things no one wants to steal.” When a fellow security guard is murdered during a break in and Cindy Liu, a young hitchhiker Mark has befriended, vanishes, he tries to locate the missing girl and is drawn deep into a shady network of surfer punks, drug smugglers, and con men, including the pastor of Canaan Hills, a shiny corporate megachurch that was “what was left if you took God out” of church.

Mark’s reflection on his lapsed faith and his pursuit of Cindy allows The Churchgoer to explore the gulf between doubt and certainty, “between not-knowing and knowing,” and Patrick Coleman skillfully develops the tarnished humanity of his characters without answering all our questions about them. The novel repeatedly asks us to consider how the stories we tell about ourselves and about others can both define and limit who we are because, as Mark observes, “sometimes a story is stronger than a person. Especially a story someone tells about you.”

Sharp and stylish with the Southern California noir vibe of Thomas Pynchon’s Inherent Vice, readers will be pulled in by the novel’s gripping conspiratorial plot, Coleman’s deft character development, and Mark’s cutting, often humorous, critique of American culture and “where California had gone wrong.” Thoroughly modern yet steeped in the noir tradition, The Churchgoer is a stunning debut. 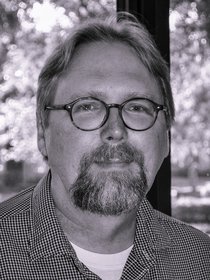