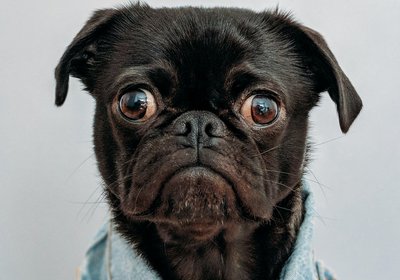 Besides, I think they’re closed.

You checked on the Internet said Jessica.

You handled the chopsticks particularly well.

Yes I know it’s an old family tradition. You were taught when you were just a pup.

Yes, you do handle them better than I do. Especially when you use your tail.

So they went to the Vietnamese restaurant and had a very nice meal.

Afterwards the dog said Arf. It was larrupin’.

Jessica walked him over to the fire hydrant, where he relieved himself.

Jessica discovered she could understand Doggish about a year ago. She had no idea how it had happened but suddenly everything the dog said was intelligible to her though it was not to anyone else.

She lived alone and had few friends so the dog was a wonderful companion to her. Sometimes they would have long philosophical discussions. She discovered that the dog was not only well bred but well read, though he did not read in the usual fashion: he read by chewing the book. He had devoured many pages of many diverse books in this way and, though entirely self-educated, had quite a range of knowledge. At times she complained about his use of foreign terms. Heidegger was bad enough but Derrida? Not to mention Aristotle and Plato in the original Greek. He especially enjoyed barking the opening lines of the Iliad. Once he growled, “We see TO KALON decreed in the marketplace.” She told him she liked the music of what he recited but didn’t understand a word. When they walked together it was understood that she was on the leash, not he. She complained when he sniffed the genitalia of female dogs but he explained that he was after all a dog and had to lead a dog’s life: certain behaviors were expected, de rigueur.

One night, after a particularly heated discussion, he told her that according to Freudian theory she would probably be considered completely wacko. Talking to a dog was one thing but understanding a dog as well? Who would believe her? Did she know that there were dogs who had considerable knowledge of all the sciences and arts but who, because they were dogs, could not be heard. Often they were far more intelligent than their so called “masters,” but things being as they were they had to disguise their superior intellects and put on the false face of bow wow and tail wagging just as some humans had to bow and scrape and say, “Yessir.” There was no way for them to advance in any profession. The lowest of the low would be hired before them. “And think of dog years!” he went on. “Seven of yours make one of ours. And they say that our first year is equal to fifteen of yours. There are many odes and laments unknown to humans but widely disseminated among the canine tribes.

Let the bone you bury
Remind you
Of the briefness of life
You too will be a bone in the dust someday.
As leaves in autumn are the years of the canine.
Copulate as you may, dear stud
Make the sweet pup.
He too will feel the lash of the leash
He too will howl his days
And fall to the bitter jaws.
Brief is the warp and brief the woof.
Woof.”

As he spoke he began to whimper. Jessica put her hand to his paw and sighed as he slowly wagged his tail.

One day the dog told her he wished to go out for a walk—alone. He needed, he said, “a little space.”

“Of course,” said Jessica in an understanding tone.

But he was gone for hours and she began to worry. The day turned to night and she worried more. She blew on the dog whistle which she knew only his sensitive ears might hear. There was no answer. Where could he be?

Days passed. She went out to look for him. Perhaps he had been attacked by some animal or other—perhaps even another dog. She scoured the neighborhood, put ads in the local papers, went to the Internet. No response.

Then one day, after a week had passed, there was a scratching at the door. It was he!

Arf, he said passively as she reached out to embrace him.

“Where have you been,” she said. “I’ve been worried sick.”

“I’m sorry to have troubled you,” he answered. “I’ve been—away.”

“Yes. During this week when I have had to stand on my own four feet, I have reached deeply into myself. I have sought to find the dogsoul that drives me, that drives my dogsbody.”

“I believe so, yes. I have found the secret that I have tried to avoid my whole dog’s life long. It is called wildness. There, out in the world, entirely on my own, relying on no one for food and service, I met a stray bitch. At first we regarded each other with suspicion as we sniffed in dog greeting. But something about her scent intoxicated me—poisoned me but thrilled me. I realized suddenly that my ancestors—and hers—were wolves. Not man’s (or woman’s) best friend but wild creatures who were unto themselves and not beholden to anyone. I thrilled to the thought. Sire and dam; to whelp. I had grown too accustomed to the amenities you offered me. I had grown too bookish. I needed to break free, to undo the leash—the umbilical cord. You have been kind to me and I am grateful. You have brought me into the light, but in doing so you have made me forget the dark. You have made me forget myself. This bitch reminded me of the furious—I would almost say divine—creature I was and could be again. I want—raw flesh not dog meat.”

“But what—what of us,” said Jessica. “Does all we have been to one another mean nothing to you? What of our”—she hesitated—“love?”

“You have been my mistress, and you have been a good mistress: but I need a mate. I need the freshness of the stars above me and the air. Above all, I need to kill. I will never forget you. I promise you that. But I can no longer be in your world. Adieu, adieu. You will hear me when the moon is bright, when the air carries my cry to you. Remember me. Ah! Ah! Où sont les hurlements d’antan!”

He finished and turned away, his tail moving softly as he began to gather speed. Into the night.

Jessica stood in the doorway and watched. She began to weep. And then she began to howl. The air carried her cries as far as it could—and then they vanished.

For a while she could detect his scent, but then it was gone.

She bit her hand fiercely till the blood came.

She would follow him into the night. She would get him back. She tasted the blood that flowed from her hand. All of her senses glowed. She would murder the bitch that took him from her. She tore off her clothes and felt the fur between her legs. Moonlight was in the window and beckoned. “I am no longer...human.” 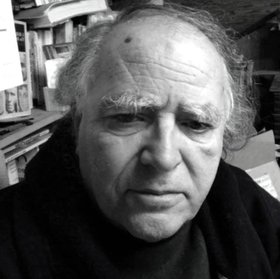 Jack Foley (born 1940) has published many books of poetry and criticism, and Visions and Affiliations, a “chronoencyclopedia” of California poetry from 1940 to 2005.

His radio show, Cover to Cover, is heard on Berkeley station KPFA every Wednesday at 3.

In 2010 Foley was awarded the Lifetime Achievement Award by the Berkeley Poetry Festival, and June 5, 2010 was proclaimed “Jack Foley Day” in Berkeley.