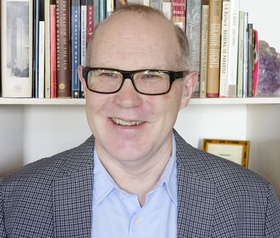 Ed Hamilton was born in Atlanta, Georgia, and grew up in Louisville, Kentucky. Ed is the author of three books: a non-fiction work, Legends of the Chelsea Hotel: Living with the Artists and Outlaws of New York’s Rebel Mecca (Da Capo/Perseus, 2007); a short story collection, The Chintz Age: Tales of Love and Loss for a New New York (Červená Barva Press), which spent 10 months on the Small Press Best Sellers List in 2016; and a novel, Lords of the Schoolyard (Sagging Meniscus, 2018), which was nominated for a Pushcart Prize. His short fiction has appeared in dozens of small journals, including: Limestone Journal, The Journal of Kentucky Studies, SoMa Review, River Walk Journal, Exquisite Corpse, Bohemia, Modern Drunkard, Omphalos, and in translation in the Czech Republic’s Host. His non-fiction has appeared in The Villager, Chelsea Now, The Huffington Post, and Living With Legends: Hotel Chelsea Blog. Ed lives in New York City. 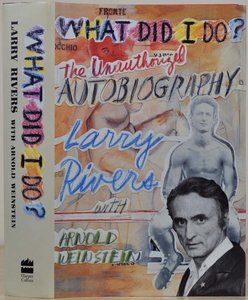 Yeah, What the Hell Did Larry Rivers Do, Anyway?