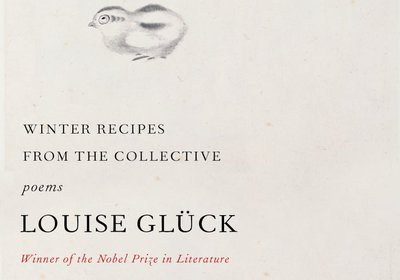 must ask your forbearance in advance for nattering on about the Nobel Prize before diving into a review of Louise Glück’s most recent book.

A winner of the Nobel Prize in Literature has nothing to prove. It’s not only the highest monetary award a writer can receive, it’s also the most universal, in theory being open to anyone in the world. Because there is usually only one award per year (in 1904, 1917, 1966 and 1974 there were two), there can be controversy and contention when the committee in Sweden announces its annual decision. Most often this is not because the recipient is viewed as unworthy, but rather because other candidates are seen by some as even more worthy. On the other hand, sometimes the award simply makes people scratch their heads. In an elegy for Phillip Roth, who never got a Nobel, New Yorker Editor David Remnick wrote: “Recently, when I asked him what he thought of Bob Dylan’s Nobel Prize, he said, ‘It’s O.K., but next year I hope Peter, Paul and Mary get it.’”

I want to throw out some Nobel Prize stats the way a baseball lover tosses around numbers about his favorite game. Between 1901 and 2021 there have been 118 Nobel Prizes in Literature awarded. There have been seven years when no prize was given (1914, 1918, 1935 and 1940–43). This was somewhat offset by the four years when the award was split between two writers. Only 15 women writers have received it, or 12.7% of the total. Four of those came in the first 60 years of the prize, 11 in the last 60 years, so the odds for women have been improving, but are still nowhere near even. Overall, you could make a pretty good drinking game out of all the writers who deserved to win and never did.

I mention these facts because they highlight just how remarkable Louise Glück’s achievement is. At a time when arguably more than half of the best writers in the world are women, they remain behind the eight ball when it comes to the Nobel Prize. To win, you must live long enough to produce an impressive body of work and also to have it be fully recognized. You can’t die brilliant and prolific but young like Federico Garcia Lorca, James Wright or Anne Sexton. At the same time, having made it to a ripe old age and produced a lot of great work, you must still be clinging to life when they nominate you.

All right, I’ve got that out of my system. Now I can say that anyone who questions whether Louise Glück deserved to win the Nobel in 2020 should read her latest book, Winter Recipes from the Collective. It may be the best thing she’s ever done, which is saying quite a bit. The first thing to notice about it is how brief it is—15 poems in a mere 42 pages. In most quarters it would be called a chapbook, not a full-length collection. While Glück has always practiced the art of less-is-more, the concision of this volume speaks volumes. And yet a number of the poems are longer, employing multiple sections like many of those in her previous book, Faithful and Virtuous Night (2014). Whatever their length, more often than not their power comes from what is not said, from what can’t be said in the face of disease, death and loss. The specific personal occasion for these verses is the sickness and death of her only surviving sister (another died before Louise was born), and the growing awareness of her own mortality that this event and old age bring to her.

Emotionally, this book feels closest to Meadowlands (1996), which dealt with the disintegration of a marriage through a loose retelling of The Odyssey. What has changed since then? Glück’s fierce intelligence, ever-present and off-putting to some (though not to lovers of hard truths), continues to guide her singing toward greater spareness, allowing thoughts, feelings and images to rise from her psyche seemingly without interference or judgment, except of course in their arrangement. The effect is that her free verse, always quietly melodious and graceful, feels simultaneously freer and more focused than ever before. There is a haiku-like richness and suggestiveness to so many of these plainspoken lines. From “Autumn”:

Life, my sister said,
is like a torch passed now
from the body to the mind.
Sadly, she went on, the mind is not
there to receive it.

From “The Denial of Death”:

From “An Endless Story”:

The Chinese were right, she said, to revere the old.
Look at us, she said. We are all of us in this room
still waiting to be transformed. This is why we search for love.
We search for it all of our lives,
even after we find it.

All too soon I emerged
my true self,
robust but sour,
like an alarm clock.

I wish the copyright laws would allow me to quote even one of these poems in full, say, the shortest one, “A Sentence,” a masterpiece of compression and heartbreak at only nine lines. As you can gather from the selections quoted, many of the poems take the form of conversations—between the author and her sister, the author and a lover, the author and death (also a lover?), the author and a teacher. “The Setting Sun” is cast as a dialogue with a teacher of painting. Did Glück ever study painting? Or is this a way of writing about her poetry mentors, Stanley Kunitz and Léonie Adams? Or is it a metaphor for the spiritual journey, or some combination of all of these? I don’t know. I also think it doesn’t matter, though it’s fun and irresistible to speculate. Most likely this is another classic Louise Glück move, transforming her life into myth so as to better make the personal universal. Among several surprises in the poem, it turns out the painting teacher “has been blind for many years” (!). However, this apparently does not hinder him from teaching the visual arts:

As to my current predicament: when I judge from a student’s
despair and anger he has become an artist,
then I speak. Tell me, he added,
what do you think of your own work?
Not enough night, I answered. In the night I can see my own soul.
That is also my vision, he said.

I have now read this book five times. I’m sure I’ll reread it many more times if I live long enough. Each time it has brought tears to my eyes—tears for its austere yet human beauties, and tears for its sorrows. From beginning to end it is captivating, provocative and haunting. Three more brief quotes if I may. From the first poem, coincidentally called “Poem”:

And the world goes by,
all the worlds, each more beautiful than the last;

From the title poem, which also illuminates the title:

. . . The book contains
only recipes for winter, when life is hard. In spring,
anyone can make a fine meal.

And from the end of the last poem, “Song”:

Ah, he says, you are dreaming again
And I say then I’m glad I dream
the fire is still alive

Indeed it is! A Nobel Prize-winner has nothing to prove, but an artist always has something to prove, if only to herself. If you buy this book and read the entire poem, you’ll see that it starts out with normal punctuation, periods and whatnot. By the end, though, there are no more periods, only commas, and in the final two lines not even those. The fire still burns yet in writing about death she has learned something about letting go, both creatively and spiritually. For me those last two lines are emblematic of the whole movement of this brief, brilliant book.